On 30 September, Countess Beatrix of Schönburg-Glauchau died at hospital in Regensburg. She was ninety-one years-old. The passing of the countess was announced by her daughter Fürstin Gloria of Thurn and Taxis.

In October 1957, Beatrix married Count Joachim von Schönburg-Glauchau (1929 - 1998). The couple had four children during the course of their union: Countess Maya (1958 - 2019), Countess Gloria (b.1960), Count Carl-Alban (b.1966), and Count Alexander (b.1969). Beatrix and Joachim divorced in 1986. Beatrix never remarried; Joachim wed the mother of his youngest child the same year that his divorce from Beatrix was finalised.

Over the years, all of Beatrix's children married, and she was able to enjoy numerous grandchildren. Her eldest daughter, Countess Maya von Schönburg-Glauchau, married German industrial heir Friedrich Christian "Mick" Flick (b.1944) in 1985. Maya and Mick had three children: Alexander, Maria-Pilar, and Ernst-Moritz. The couple divorced in 1993. Maya went on to have another daughter by her partner Stefan Hipp: Carlotta. After some years of illness, Countess Maya died of breast cancer in 2019 at the home of her mother.
In 1980, Beatrix's youngest daughter, Mariae Gloria, married eventual Fürst Johannes von Thurn und Taxis (1926 - 1990). Gloria and Johannes had three children: Princess Maria Theresia (b.1980), Princess Elisabeth (b.1982), and current Fürst Albert (b.1983). Maria Theresia married British artist Hugo Wilson in 2014; the pair have two daughters, Mafalda (b.2015) and Maya (b.2017).

Beatrix's eldest son Carl-Alban married Juliet Beechy-Fowler (b.1966) in 1995. At the time of his marriage, Carl-Alban gave up his rights to the Schönburg-Glauchau title; these passed to his younger brother Alexander. Carl-Alban and his wife Juliet have two sons: Hubertus (b.1996) and Benedikt (b.1999).


The benjamin of the family, Count Alexander, married Princess Irina of Hesse (b.1971) in 1999. Irina is the daughter of Prince Karl of Hesse and his wife Princess Yvonne. Irina's grandparents were Prince Christoph of Hesse and Princess Sophie of Greece and Denmark, a sister of the Duke of Edinburgh. Alexander and Irina of Schönburg-Glauchau have three children: Countess Maria-Letitia (b.2001), Count Maximus (b.2003), and Count Valentin (b.2005). Alexander has worked as a columnist for Vanity Fair. 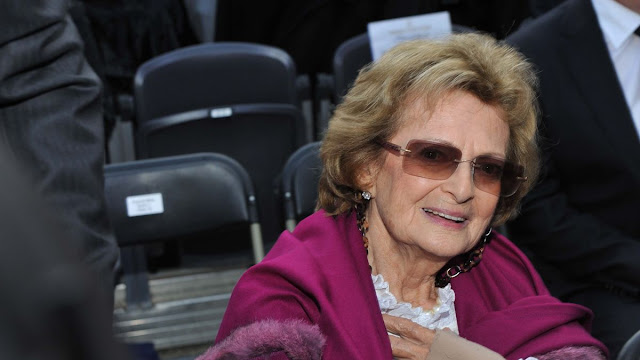 May the Countess Rest in Peace.
Posted by Seth B. Leonard at 7:00 AM