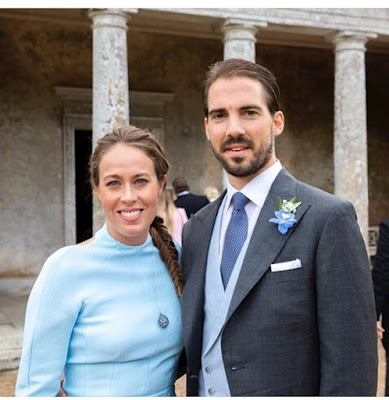 According to Ekdoseis Stemma, a Greek royal reporter, the office of King Constantine II of the Hellenes has confirmed that Prince Philippos of Greece and Denmark will celebrate his religious marriage to Princess Nina (née Flohr) on 23 October at the Metropolitan Cathedral of Athens. The engagement of Philippos and Nina was announced in September 2020. The couple held their civil marriage on 12 December 2020 at St. Moritz, Switzerland. Philippos and Nina's wedding will be the first royal wedding to take place in Athens since that in 1965 of Prince Michael of Greece and Denmark to Marina Karella.
Posted by Seth B. Leonard at 10:29 PM