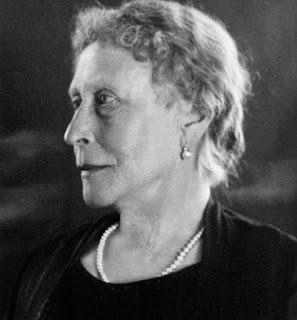 Surrounded by her children, Victoria Milford Haven passed away at her apartment in Kensington Palace on September 24, 1950!

From the New York Times Obituary...

The autobiography of the former Princess Victoria of Hesse and by Rhine (1863-1950), who in 1884 married her cousin Prince Louise of Battenberg, distinguished British Naval Admiral. IN 1917, King George V changed their last name to Mountbatten, Louis this becoming eventually the 1st Marquess of Milford Haven. On her memoirs, Victoria Milford Haven left a personal take on major events that she witnessed up to 1914. It is good news, then, with careful and even multiple readings, the woman behind the severe paragon comes across well in these “Recollections,” which on first glance seem hardly revelatory or even illuminating. She was at once youthful, exuberant, tomboyish and yet, dignified, intellectual, endlessly curious and extremely cultivated. Her tastes were myriad and catholic, and she never discriminated in her selection of books that would range from philosophy, archeology, history or biography to Agatha Christie.5 In addition, she was completely plain speaking and honest. She never dissembled or prevaricated and was the one to whom others applied when there were seemingly insurmountable tragedies and problems. She most often came up with the most levelheaded solutions. Her sense of humor and the absurd shines through and she saw the ridiculous as well as the sublime in so many situations. She was wry and sometimes mildly sarcastic, but never mean-spirited. Arturo E. Beéche and Ilana D. Miller have annotated, illustrated, and added a Foreword and Epilogue, as well as family trees. The book is handsomely illustrated with 400+ magnificent photos!

Eurohistory will publish her memoirs titled RECOLLECTIONS in November 2020! 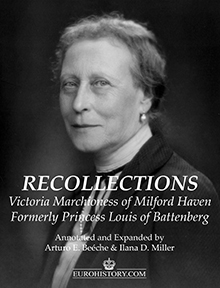 When the book is published in November, buyers can purchase copies here:

The book will also be listed for sale at our NEW website:

Posted by Arturo Beéche at 2:46 PM