NEW BOOK: Recollections by Victoria Marchioness of Milford Haven close to being released to printer! 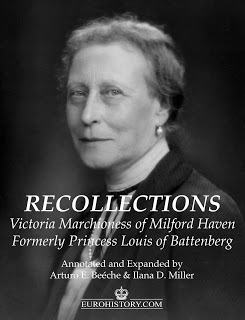 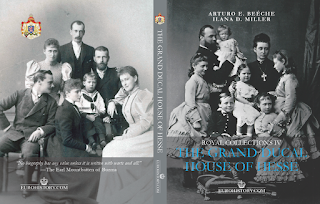 Furthermore, The Grand Ducal House of Hesse is also now available at our website:

I'm July 2020, Eurohistory received permission to publish a unique personal memoir written by Victoria, Marchioness of Milford Haven. In cooperation with the Hessian State Archive, we have acquired a larger number of photographs with which to illustrate

Born Princess Victoria of Hesse and by Rhine in 1863, Victoria was the eldest child of the future Grand Duke Ludwig IV of Hesse and his wife, the former Princess Alice of the United Kingdom and Ireland, Queen Victoria's extremely talented second daughter.

Princess Victoria of Hesse was very close to her English grandmother, both maintaining a voluminous multi-year correspondence. Excerpts of this correspondence were published in book form several years ago. 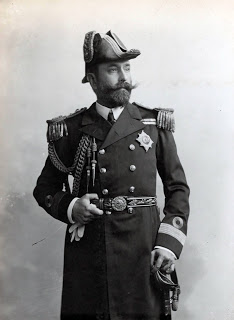 Having lost her mother at an early age, Victoria of Hesse became the sail and keel of her extended family. She traveled across Europe with great frequency to visit her siblings and other relations. One month she would be at Hemmelmark visiting her sister Princess Irene of Prussia, then she would return to Darmstadt to stay with her brother Grand Duke Ernst Ludwig. When in Russia, Victoria would visit her sisters: Elisabeth Feodorovna in St Petersburg, Moscow, or Illinskoe; and Alexandra, consort of Tsar Nicholas II.

Victoria became the keeper of family secrets, solver of family drama, and advice-giver to them all.

It is amazing for us to be able to bring to our readers Victoria's RECOLLECTIONS. This remarkable first-hand recount of the lives of most in her circle of family and the "Royal Mob," as Queen Victoria called the extended family, is a fascinating read. It will become a must-have for those of us interested in royalty as well as a useful research tool. 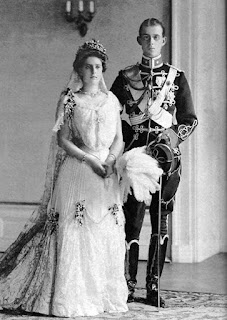 RECOLLECTIONS will include extended annotations, an in-depth introduction, and a new chapter bringing Victoria's memoirs to a close. Her memoirs begin in the 1860s and run up to 1914, when the outbreak of war caught her while visiting Russia. Adding great value to this important royal autobiography, there will be a plethora of photos depicting the vast cast of characters who play a role in the life story of Victoria, Marchioness of Milford Haven.

Stay tuned for more exciting news regarding the publication date of this unique work!
Posted by Arturo Beéche at 4:19 PM