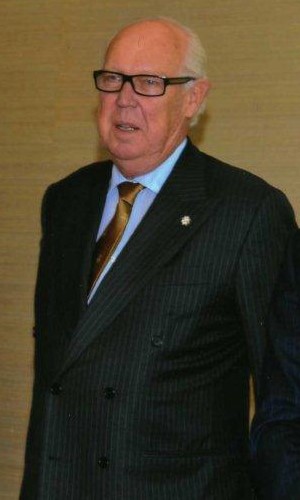 The Secretariat of Vittorio Emanuele, Prince of Naples, has confirmed that the prince has decided to abolish to Salic Law, which governs the line of succession in the Royal House of Savoy, and to replace it with absolute primogenture. Vittorio Emanuele is the only son of the late King Umberto II of Italy and Queen Marie-José (née Belgium).  Since 2006, the claim to the Headship of the Royal House has been disputed between Vittorio Emanuele and his cousin Prince Amedeo, Duke of Aosta.

The Prince of Naples states that his decision has effect immediately. It is noted that the Princesses Vittoria and Luisa will accompany their father the Prince of Venice to a service on 14 March 2020 at Hautecombe Abbey to commemorate King Umberto II and Queen Marie-José.

This announcement will likely be condemned in due course by the Duke of Aosta and the Unione Monarchica Italiana (Italian Monarchist Union). 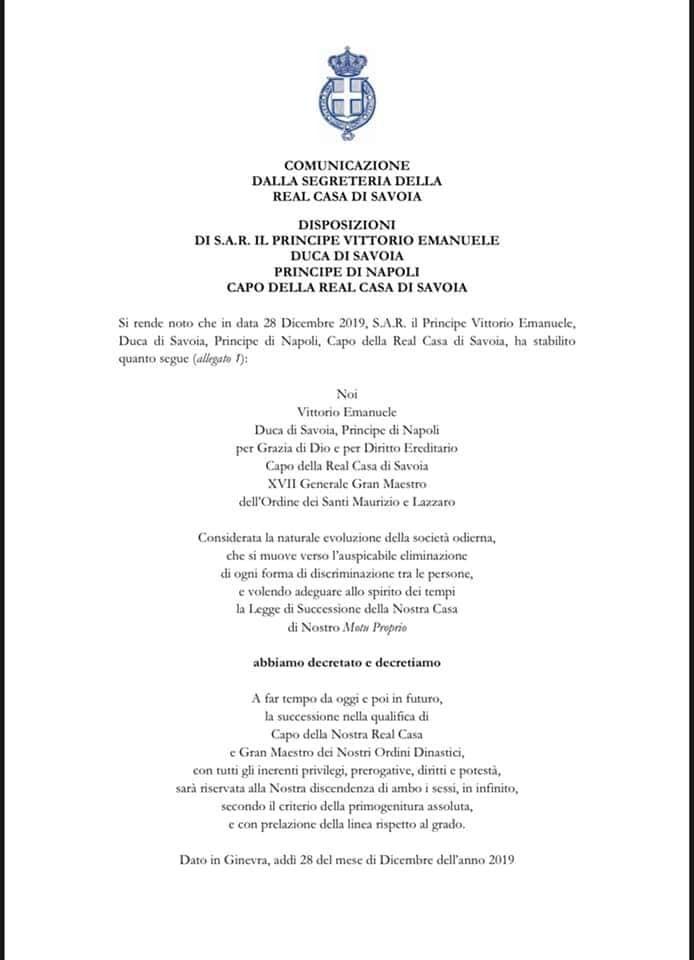 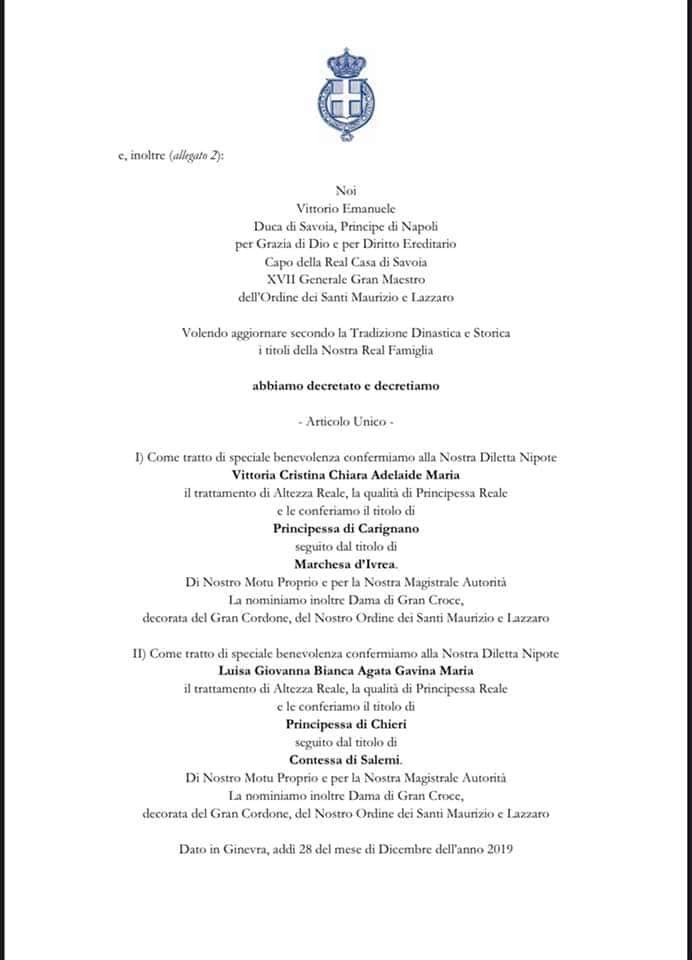 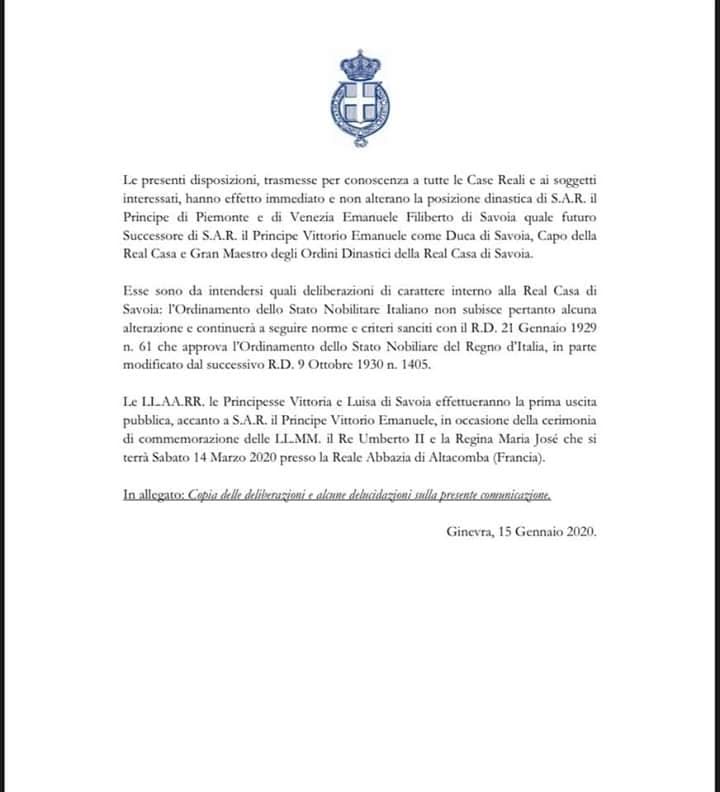 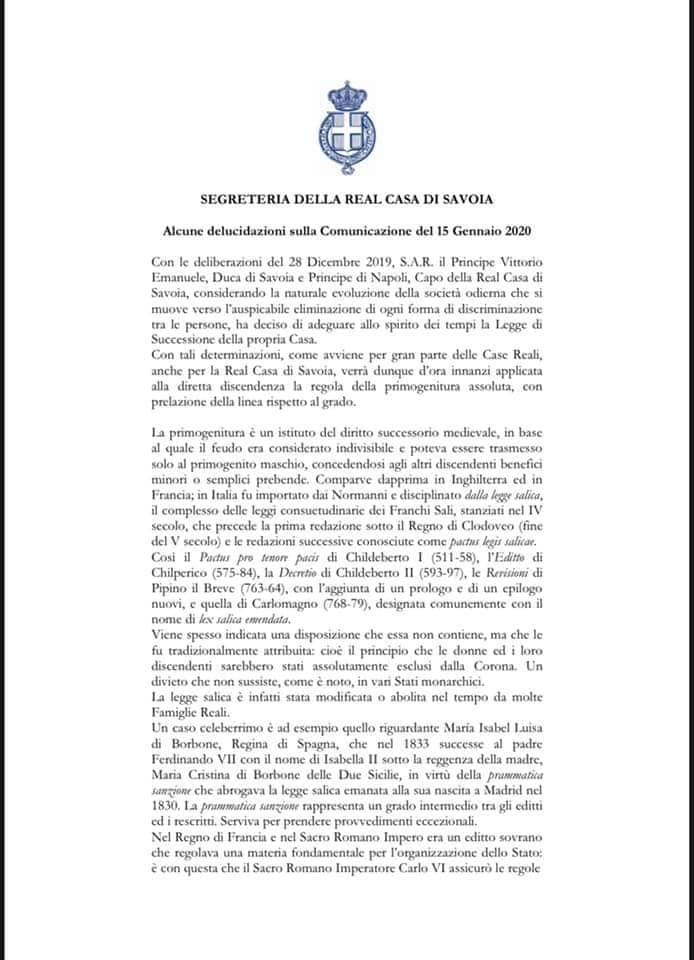 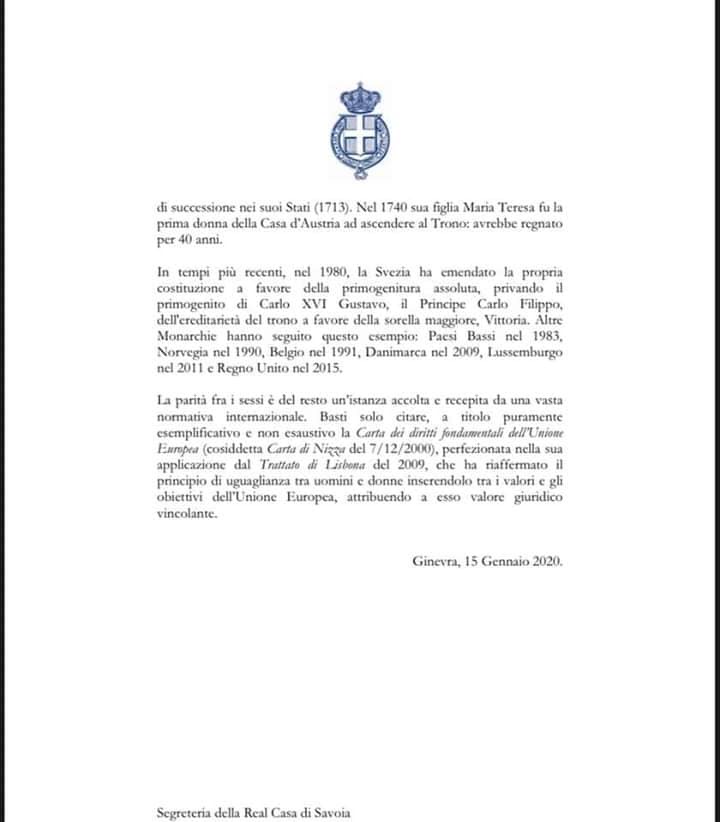