The Art Of Princess Chantal d'Orléans: An Upcoming Exhibit In China 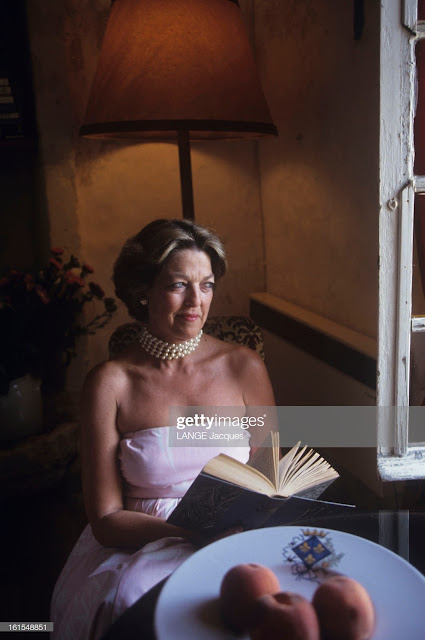 Like so many in her family, Princess Chantal d'Orléans (b.1946), the sixth daughter and tenth child of the late Count (1909-1999) and Countess of Paris (1911-2003), is a distinguished artist. She has recently released the details of an upcoming exhibition of her works in China.

A strong creative gene undeniably runs through the French royal family, especially the descendants of Henri and Isabelle, Count and Countess of Paris. Of the eleven children of Monseigneur and Madame, five have proven themselves to be talented artists, through various mediums: Prince Henri, Count of Paris (1933-2019), was a keen painter; Princess Anne, Dowager Duchess of Calabria (b.1938), is also an avid painter; Princess Diane, Duchess of Württemberg (b.1940), has taken to both painting, clothing design, and sculpting to express her inclinations; Princess Claude, former Duchess of Aosta (b.1943), has a deep love of photography; and, finally, Princess Chantal, Baroness François Xavier de Sambucy de Sorgue, has for some time pursued her love of watercolours.

Princess Chantal graduated as a book binder from the Estienne School and the school of the rue Beethoven in Paris. She then went on to work with Tiffany and Co. in New York City on the reproduction of a dinner set from King Louis-Philippe of the French, Chantal's ancestor. More recently, the princess has studied at the art studios of Guy de Malherbe and Chantal Zeller. Princess Chantal d'Orléans is an Honorary Member of the Academy of Fine Arts of Moscow.

The following press release was put out on the website of Princess Chantal concerning her upcoming exhibit in Chengdu, China:


On the occasion of the 2019 European Culture Season, H.R.H. Chantal d'Orléans is invited by the city of Chengdu, China, to present her works in the famous Chengyan Gallery from 16 to 30 November.

She makes this second trip to the Middle Kingdom, so very rich in culture and so dynamic in the modern world, with great interest, curiosity and joy as she comes to share and exchange with the people of Chengdu and all other people wishing to partake in this exhibit.

This is a moment that promises to be rich in emotions, with an exhibition of the latest works of the princess made with a knife in her Parisian and Provencal workshops.

https://eurohistoryjournal.blogspot.com/p/subscribe-to-eurohistory.html
Posted by Seth B. Leonard at 6:20 AM