Join Historian Rick Hutto for a Talk on the Great-Grandmother of Diana, Princess of Wales! 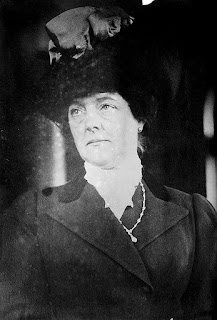 On Wednesday, 14 July, historian and author Richard Jay Hutto (who is also a dear friend) will be giving a webinar about Frances Ellen Work (1857-1947), an American socialite who became the maternal great-grandmother of Diana, Princess of Wales (1961-1997). The webinar is titled "Frances Ellen Work: Uncovering Princess Diana’s American Roots." Please see below for more information about what will surely be a fun and informative talk!

Contrary to popular belief, Meghan Markle was not the first American woman to join the lineage of Britain’s royal family — that distinction goes to Frances Ellen Work (1857-1947), the beautiful and tempestuous American heiress who was the great-great-grandmother of Princess Diana. But who was this early American socialite, and what earned her a spot in "The 400," Caroline Schermerhorn Astor's elite social circle? From family inheritance drama, to a manipulative father, to a highly-public divorce, this is the tumultuous story of one of the most prominent women of the American Gilded Age and Royal Society.

- A look at how Frances Work’s father leveraged the family fortune to bend the will of his daughters and grandchildren, including 15 codicils specifying what they must do in order to inherit it
- The story of how Frances, in a desperate attempt to escape her father’s domination, was tricked into marrying her horse trainer who falsely claimed to be a Hungarian count
- Why Frances’s former husband sued her for bigamy and used British law to shield himself while serving as an elected Member of Parliament
- A discussion of the interconnecting lives of her twin sonswho were High Society favorites
- Hear how Frances’ sister — the “good daughter” — volunteered in France to escape the scandal of her husband’s misdeeds

Afterward, we'll have a Q&A with Rick — any and all questions about Princess Diana's American Family are welcomed and encouraged!