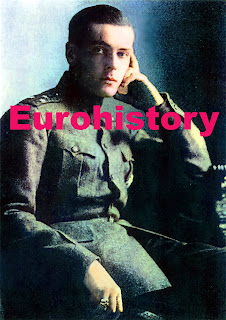 Authored by Jorge Francisco Sáenz, the world's authority on "Volodia" Paley, A POET AMONG THE ROMANOVS was an immediate success. Two print runs of a paperback issue were sold overnight.

Now, we are about to send to the printer an expanded, hardbound version of the book, that will also include a larger photo section!