An Upcoming Wedding in the Princely House of Croÿ

Prince Emmanuel de Croÿ-Collalto and Olimpia Franzan are to marry in July 2022. 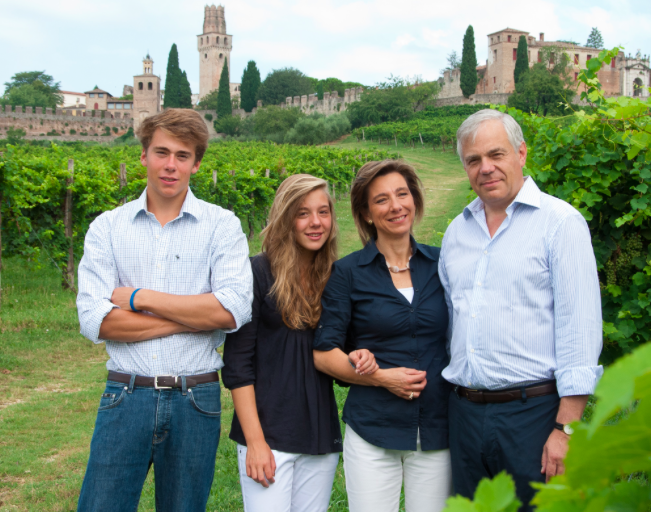 The Croÿ-Collato family in 2016.
Born in 1990 at Uccle, Belgium, Prince Emanuel Manfredo Juste de Croÿ was the first child and only son of Prince Guillaume de Croÿ (b.1950) and Countess Isabella von Collalto und San Salvatore (b.1960), who married in Venice in 1989. Emanuel's paternal grandparents are Prince Emmanuel de Croÿ (1908-1997) and Countess Nicole de Marnix de Sainte-Aldegonde (1919-2011). His maternal grandparents are Fürst Manfred von Collalto und San Salvatore (b.1932) and Maria de la Trinidad Castillo y Moreno (b.1937). Emanuel was followed by a younger sister Princess Violette (b.1995). He works in investment banking in London.
Olimpia Franzan is the daughter of Jacopo "Jacobo" Franzan (b.1961) and Laura Cristiana dei contei Cibrario (b.1964). Olimpia has an older brother, Roberto, and a younger sister, Malvina. Olimpia's maternal grandparents are Nobile Carlo dei conte Cibrario (b.1932) and Maria Donatella Leonetti dei contei di San Janni (b.1940). Through her mother, Olimpia Franzan is a descendant of numerous Italian noble families. She works in marketing in London.
Our best wishes to the happy couple!
Posted by Seth B. Leonard at 7:00 AM