A "New" Descendant of the Bavarian and Spanish Royal Families? DNA Testing May Tell. 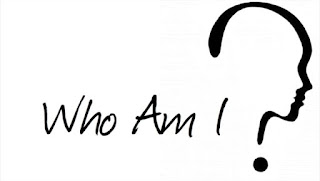 The Spanish press has recently carried reports about a Spanish man, about forty-seven years-old, who is trying to find his paternal roots. The gentleman, who is unnamed, was born in the 1970s to an unwed mother. The mother allegedly worked as a maid in the household of the man's father, who passed away about two decades ago. After becoming pregnant, the mother was fired from her place of employment.

The man was raised in Madrid. He now lives and works in Malaga. With the passage of time, this man has sought to discover the truth of his paternity. In 2017, his search led to a legal suit, in which the claimant is represented by lawyer Fernando Osuna. Now, a judge in Malaga desires the exhumation of the remains of the claimant's putative father, who is said to be buried at the Catedral de la Almudena in Madrid. Reportedly, this gentleman was not his father's firstborn child, so his recognition would not interfere with the transmission of any noble titles or inheritance that his father may have possessed and passed down to his offspring.

Only one individual appears to meet the criteria for being this man's father...although, anything is possible, naturally.

Aged sixty-one, Don Fernando de Baviera y Mesia died at Madrid on 15 March 1999. His burial was privately held at La Almudena Cathedral, and his funeral took place on 8 April 1999. He was survived by his widow doña Sofía, his daughter doña Cristina, his mother doña Marisol, and his sisters, doña Cristina and doña Teresa.