The Legacy of Antoine XIV, 14th Duke of Gramont: An Aristocrat Gone Before His Time

On the evening of Friday, 5 September 1975, Antoine and Lydwine were at the beach on Mustang Island, Texas, with the couple they were visiting, Mr and Mrs Paul Davis. At 9:30pm, the group were standing next to their car when they were hit by a vehicle going between 50 and 60 miles per hour and commandeered by fifteen-year old Richard Oakes, who did not have a driver's license and had been drinking. Lydwine died at a local hospital at 10:15pm, both of Antoine's legs were broken and the Davises also sustained injuries. Lydwine had been in Texas as a foreign exchange student; the French consulate in Houston assisted her family with funeral arrangements.

In November 1975, Richard Oakes pleaded guilty to involuntary manslaughter in the death of twenty-one year-old Lydwine.

According to the school friend, Antoine remained immensely affected, both physically and psychologically, by the tragic passing of his fiancée.

On 20 September 2003 at Saint-Hélier, Jersey, Antoine de Gramont civilly married Catherine Françoise Elisabeth Forget (b.17 March 1956). The couple celebrated their religious union at Paris on 11 October 2003. Catherine is the daughter of Jacques Forget and Madeleine Coulon (1925-2011).

On 22 March 2008, the Duke and Duchess of Gramont welcomed the birth of their first child. Antoine de Gramont, Duke of Guiche, was born in the United States. The Duke of Guiche was christened at Saint Germain-l'Auxerrois on 6 September 2008. The godparents of little Antoine were Jacques de Crussol (b.1957), 17th Duc d'Uzès, and Countess Yolaine de La Rochefoucauld (b.1961; née Leclerc de Hauteclocque), the wife of Count Guy-Antoine de La Rochefoucauld (b.1958; now Duke de La Roche-Guyon), who was the brother of little Antoine's father's late fiancée Lydwine. 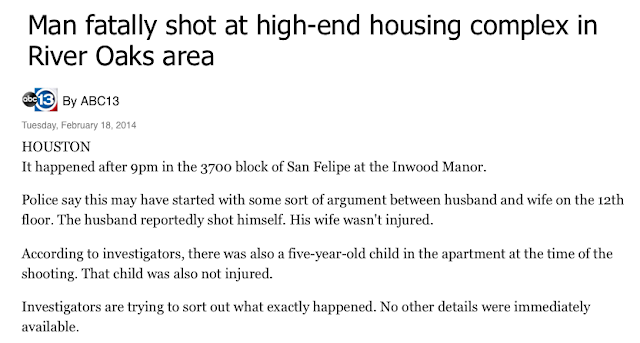 On the evening of Monday, 17 February 2014, Houston police were called to the Inwood Manor high-rise complex after neighbours heard loud arguing between the Duke and Duchess de Gramont. Catherine de Gramont told authorities that she had left the couple's twelfth-floor apartment during the argument, but heard a gunshot as she walked out the front door. She returned to the apartment and found that her husband was dead from the self-inflicted wound. The shooting/suicide occurred at about 9:00pm. The five year-old son of the couple was sleeping in the apartment while the episode took place. The Duke de Gramont was sixty-two years-old when he passed away.

The funeral of Antoine, 14th Duke of Gramont, took place at the Église de la Madeleine at Paris on 6 March 2014. In addition to the duke's widow and young son, the funeral was attended by Prince Jean d'Orléans, then Duke of Vendôme.

In 2018, the Duchess of Gramont was chosen as a godmother for Princess Jacinthe d'Orléans (b.9 October 2018). Princess Jacinthe is the youngest child of Prince Jean and Princess Philomena d'Orléans, the Count and Countess of Paris.
Posted by Seth B. Leonard at 12:45 AM