A Noble British Beau for a Royal Greek Princess: Peregrine Pearson and Olympia of Greece 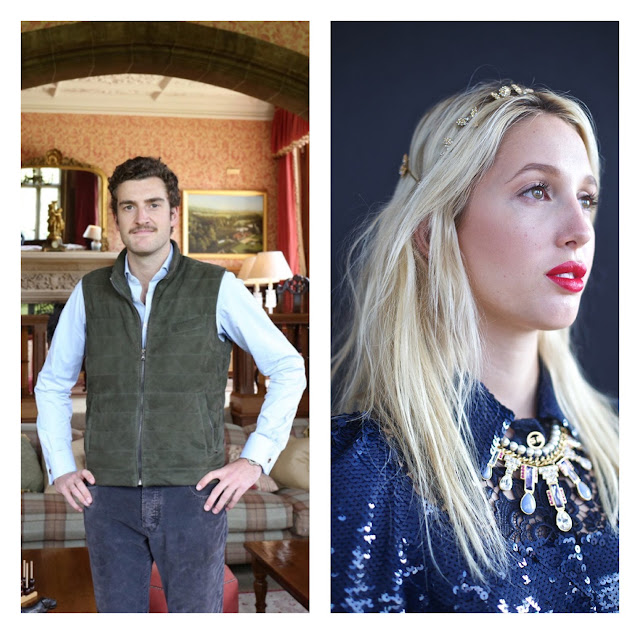 In a happy piece of royal news, Princess Olympia of Greece and the Hon. Perry Pearson are in a relationship, according to information gleaned from media reports and the princess' own social media. The couple visited Olympia's grandparents King Constantine II and Queen Anne-Marie of the Hellenes in Greece earlier this week.

Her Royal Highness Princess Maria-Olympia of Greece and Denmark was born on 25 July 1996 at Weill Cornell Medical Center in New York City, NY. The princess is the eldest child of Crown Prince Pavlos of Greece and his wife Crown Princess Marie-Chantal (née Miller). Olympia is the paternal granddaughter of King Constantine II of the Hellenes (b.1940) and his wife Queen Anne-Marie (b.1946; née Denmark). Olympia is the maternal granddaughter of Robert Warren Miller (b.1933) and María Clara "Chantal" Pesantes Becerra (b.1940). In May 2019, Olympia of Greece graduated from New York University's Gallatin School of Individualized Study.

The Honourable Peregrine "Perry" John Dickinson Pearson was born on 27 October 1994. He is the eldest son and fourth child of Michael Pearson (b.17 June 1944), 4th Viscount Cowdray, and his second wife Marina Rose Cordle (b.6 May 1960). Perry is the paternal grandson of John Pearson (1910-1995), 3rd Viscount Cowdray, and Lady Anne Bridgeman (1913-2009). Perry is the maternal grandson of Conservative MP John Howard Cordle (1912-2004) and Venetia Caroline Maynard (b.1936). Perry Pearson is the director of a property development company in London.
Posted by Seth B. Leonard at 12:45 AM