The 80th Birthday of Marina Karella: Greek Artist and Princess

Marina Karella was born in Athens on 17 July 1940 to Theodor Karella and Elli Chalikiopoulos. Marina's father, Theodor, was a textile industrialist.

Between 1960-1963, Marina attended the Athens School of Fine Arts, where she was a student of the painters Yannis Tsarouchis and Oskar Kokoschka. She continued her studies at the Ecole des beaux-arts in Paris (1963-1965) and at the Kokoschka School in Salzburg.

On Monday, 19 October 1964, Prince Michael of Greece and Denmark received permission from his cousin King Constantine II of the Hellenes to marry Marina Karella. Prince Michael, born at Rome on 7 January 1939, was the only child of Prince Christopher of Greece and Denmark (1888-1940) and Princess Françoise d'Orléans (1900-1953), who had married in 1929. Marina and Michael set their wedding for February 1965.

Prince Michael of Greece and Denmark and Marina Karella were married at Athens on 7 February 1965. The wedding was attended by King Constantine II and Queen Anne-Marie, Queen Mother Frederica, Princess Irene, as well as by the Count and Countess of Paris. Henri and Isabelle had largely raised Michael after the early death of his mother. As a result of the morganatic union between Michael and Marina, the prince gave up his rights of succession to the Greek throne. 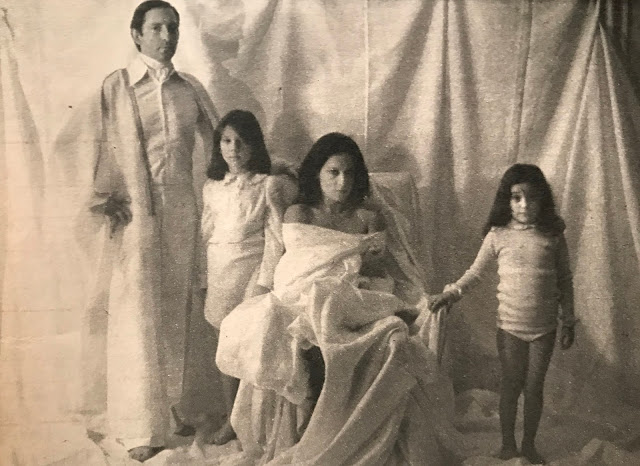 Marina divided her time between Athens and Paris. Her artistic career began in 1966 when she presented her first painting at the Two Worlds Festival in Italy. Marina's work was first exhibited at the Galleria Levi in ​​Milan in 1971. In the 1970s, she exhibited at the Gallery Iolas her white paintings, which are now considered one of the most famous pieces of her work. She later worked on plaster, marble, and metal engravings. During her residence in New York in the 1980s, her paintings were characterised as "darker", while her most recent works are portraits or images inspired by nature.

Princess Marina of Greece has had exhibitions in various cities around the world, such as New York, Los Angeles, Madrid, Brussels, Rome, and London, and her works are exhibited in major museums and institutions. She has had more than thirty solo exhibitions in Greece and abroad. In 2005 a retrospective exhibition of her work was organized at the Benaki Museum.

Princess Marina and her husband live between their homes in Paris and Patmos.

To learn more about Marina Karella, one may visit her website: Official website of Marina Karella
Posted by Seth B. Leonard at 3:21 AM