The Fürst and Fürstin zu Leiningen Welcome Their First Grandchild 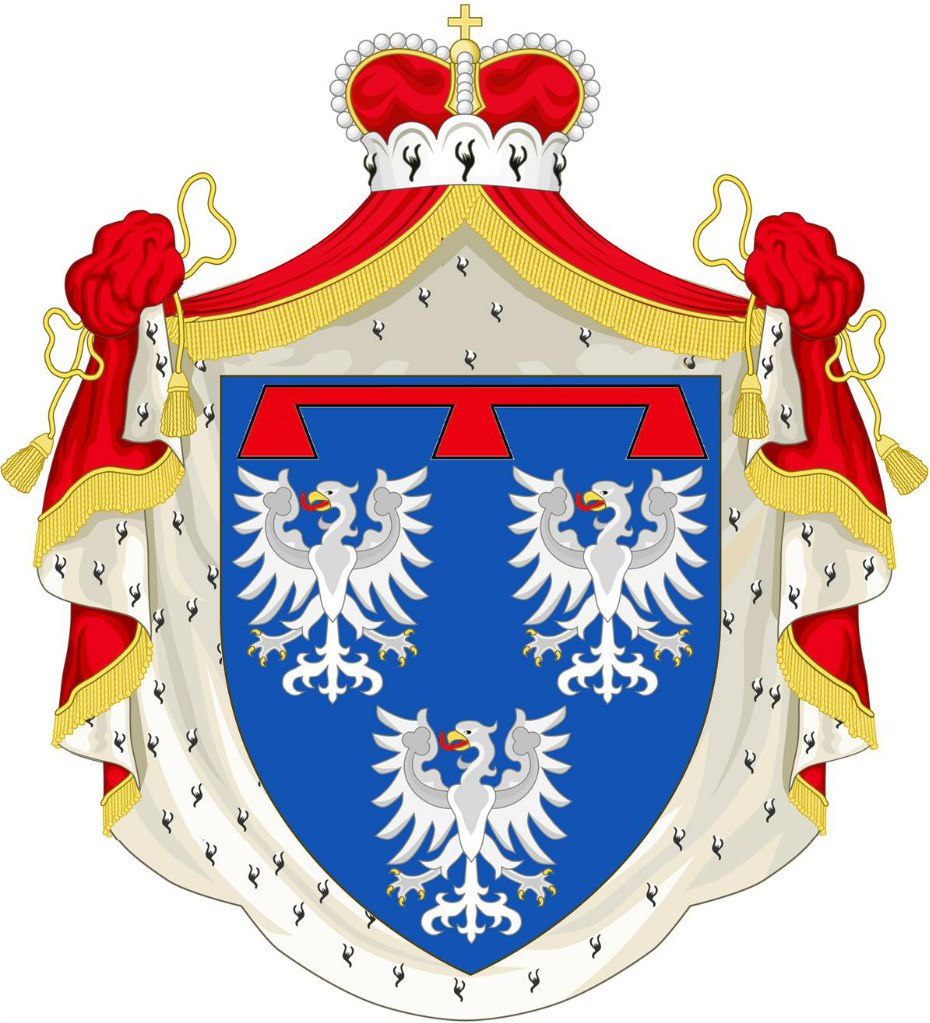 Prince Hermann and Princess Isabelle zu Leiningen have welcomed the arrival of their first child.

Prince Leopold Konstantin Rainer Andreas zu Leiningen was born in 2019. Leopold was baptised at the Evangelical Lutheran Church at Amorbach on 5 January 2020. The prince's godparents are Princess Cecilia zu Leiningen, Count Konstantin von Schönborn, and Leopold Ferch. Princess Cecilia zu Leiningen (b.1988) is a first cousin of Leopold's father, Hermann; she is the only child of Hermann's uncle Prince Karl Emich zu Leiningen (b.1952) and his late first wife, Princess Margarita zu Hohenlohe-Oehringen (1960 - 1989). Count Konstantin von Schönborn (b.1968) is the son of Count Alexander von Schönborn (b.1941) and Countess Mechtild von Zeppelin-Aschhausen (b.1937). Leopold Ferch (b.1988) is the son of Christian Ferch (b.1959) and Baroness Alexandra von Holzhausen (b.1963), the daughter of Baron Hans von Holzhausen (b.1929) and Archduchess Maria Magdalenda of Austria-Tuscany (b.1939).

Leopold is the first grandchild of Fürst Andreas and Fürstin Alexandra zu Leiningen. The little prince's parents, Prince Hermann zu Leiningen (b.1987) and Isabelle Heubach (b.1989), married in 2017. Hereditary Prince Ferdinand zu Leiningen and his wife Princess Viktoria Luise of Prussia were expecting the arrival of their first child in February 2020. Ferdinand and Viktoria Luise are the uncle and aunt of the newborn prince, who has perhaps by now been joined by a first cousin.

The paternal grandparents of the newest Prince zu Leiningen are Fürst Andreas zu Leiningen (b.1955) and Princess Alexandra of Hannover (b.1959). On his grandpapa Andreas' side, Leopold's paternal great-grandparents are Fürst Emich zu Leiningen (1926 - 1991) and Duchess Eilika of Oldenburg (1928 - 2016). On his grandmama Alexandra's side, Leopold's great-grandparents are Prince Ernst August of Hannover (1914 - 1987) and Princess Ortrud of Schleswig-Holstein (1925 - 1980). Leopold of Leiningen is a double descendant of Queen Victoria of the United Kingdom through his grandfather Andreas as well as through his grandmother Alexandra.