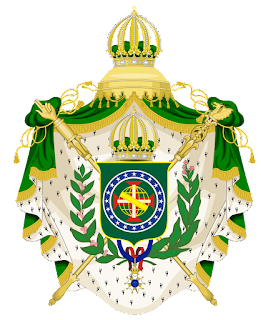 As of now, there are four members of the Brazilian imperial family who have been diagnosed with the coronavirus: Prince Antônio, Prince Alberto, Princess Maritza, and Prince Francisco.

On Tuesday, 17 March, it was reported that Prince Alberto of Orleans and Bragança and his wife Princess Maritza had tested positive for COVID-19. According to the Brazilian press, members of the Brazilian imperial family had attended an engagement party at the Jardim Botânico in Rio de Janeiro. This event was held to celebrate the eventual marriage of Alberto and Maritza's son Prince Pedro Alberto to Alessandra Haegler Fragoso Pires.

Yesterday, Wednesday, 18 March, Prince Bertrand, who is considered Prince Imperial by Brazilian monarchists, released a video statement in which he announced that his brothers, the Princes Antônio, Alberto, and Francisco, had tested positive for COVID-19. Prince Antônio is next in line to the headship of the Brazilian imperial family, after his eldest brother, Prince Luiz, and his brother Prince Bertrand. Prince Alberto and Prince Francisco are not in the line of succession, as they contracted marriages which were not considered dynastic. Of the four family members, only Prince Antônio has been hospitalised. However, he is in good condition.

Many members of the Orleans and Bragança family, including the four members who are ill, reside in Rio de Janeiro. Luiz, Head of the Imperial House, lives in São Paolo, together with his brother Bertrand. Prince Luiz is almost eighty-two years-old and in fragile health. Prince Bertrand is seventy-nine years-old and the next in line to the headship of the imperial house: he was hospitalised last year.  It is unlikely that Luiz and Bertrand were present at the engagement party in Rio de Janeiro where many of their closest relatives caught coronavirus.

Source: https://vejario.abril.com.br/beira-mar/coronavirus-pandemia-atinge-socialites-e-a-familia-imperial/
Posted by Seth B. Leonard at 6:56 PM