HRH Infanta doña Pilar of Spain, Duchess of Badajoz, Dowager Viscountess of La Torre, died on Wednesday, 8 January 2020, at the Ruber Internacional Hospital in Madrid. She was eighty-three years-old. The infanta had suffered from cancer for a number of years.

In early August 1936, Infanta Pilar was christened at the Église Notre-Dame des Pins in Cannes. Her paternal grandmother, Queen Victoria Eugenia of Spain, and her maternal great-grandmother, the Countess of Caserta (1851-1938; née Princess Maria Antonietta of Bourbon-Two Sicilies), were present. The Countess of Caserta was Pilar's godmother; Pilar's grandfather King Alfonso XIII, who was not present (owing to his wife's attendance), was her godfather. The infanta was named to honour Nuestra Señora del Pilar of Zaragoza.

Pilar was followed by two brothers and one sister. Juan Carlos, future King of Spain, arrived in 1938. Infanta Margarita was born in 1939. Infante Alfonso, born in 1941, was the benjamin of the family. Although Pilar was born in France, the youngest three children of the Count and Countess of Barcelona were all born in Rome. The family moved to Portugal in 1943, where they resided at the Villa Giralda in Estoril. Pilar's youngest brother Alfonso died in a tragic accident in 1956: he was only fourteen years-old. At Estoral, Pilar was a student at the Colegio Esclavas do Sagrado Coração de Jesus, where she concentrated on learning history, geography, literature, and religion. Afterwards, Pilar studied nursing at the Escuela de enfermería Arturo Ravara in Lisbon. Besides Spanish, the infanta was fluent in English, French, Portuguese, and Italian.


On 5 May 1967, Infanta Pilar married don Luis Gómez-Acebo y Duque de Estrada, Viscount de la Torre, Grandee of Spain. Luis was born in 1934 as the son of don Jaime Gómez-Acebo y Modet (1897-1977) and doña Isabel Duque de Estrada y Vereterra, Marquesa de Deleitosa (1907-1979). The wedding of Pilar and Luis was held at Jerónimos Monastery in Lisbon, Portugal. Pilar's husband was a first cousin of doña Margarita Gómez-Acebo y Cejuela (b.1935), who had married in 1962 to Pilar's cousin King Simeon II of the Bulgarians (b.1937). Indeed, Pilar and Luis had become acquainted with one another at the home of Simeon and Margarita of Bulgaria. The Count and Countess of Barcelona had hoped for a royal husband for their eldest child (such as King Baudouin of Belgium), but they eventually came around to Pilar's choice. Among others, the marriage of Infanta Pilar of Spain was attended by the following royal relations and friends: Queen Victoria Eugenia of Spain, the Count and Countess of Barcelona, Prince Juan Carlos and Princess Sophia of Spain, Infanta Margarita of Spain, Infanta Beatriz of Spain, Queen Mother Giovanna of Bulgaria, Prince Rainier and Princess Grace of Monaco, Princess Antoinette of Monaco, King Umberto II of Italy with his children Victor Emmanuel and Maria Gabriella, the Duke of Bragança, Duke Franz of Bavaria, the Count and Countess of Paris, Princess Anne d'Orléans (Duchess of Calabria), Princess Diane d'Orléans and husband Duke Carl of Württemberg, Princess Claude d'Orléans (Duchess of Aosta), Princess Chantal d'Orléans, Princess Esperanza of Orléans-Bragança and her daughter Princess Maria da Gloria, Infanta Filippa of Portugal, and the Prince and Princess Napoléon. Thousands of Spanish citizens came to Lisbon to witness the wedding of the eldest child of the Count and Countess of Barcelona. 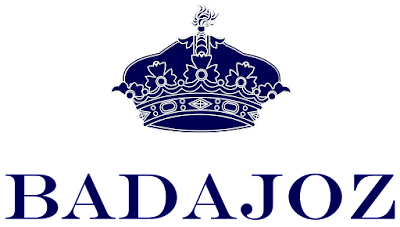 Infanta Pilar was given the title Duchess of Badajoz by her father before her wedding. At the same time, General Francisco Franco authorised Pilar to use her title of Infanta de España in her family's country. The Count of Barcelona rehabilitated the title of Viscount (Vizconde) of la Torre for his soon-to-be son-in-law shortly before Pilar and Luis were married. Pilar renounced her rights of succession to the Spanish throne on the occasion of her marriage.

Pilar was a great supporter of equestrian sports. The infanta was the President of the International Equestrian Federation from 1994 to 2006. Doña Pilar was also a strong advocate for the Nuevo Futuro charity, whose fundraising events she attended faithfully over the decades. It goes without saying that Pilar was a steadfast anchor of her brother Juan Carlos and her sister Margarita. Infanta Pilar was a "grande dame" with a quick wit and a sharp tongue.

Following her death, Infanta Pilar of Spain was cremated, and her ashes will be buried at the San Isidro cemetery in Madrid, where her husband Luis was buried. King Juan Carlos and Queen Sofía, King Felipe and Queen Letizia, the infanta's children and grandchildren, King Simeon and Queen Margarita of Bulgaria, the Dowager Duchess of Calabria, the Duke of Calabria, and Princess Béatrice d'Orléans, have all been present at the funeral home as the preparations for the infanta's burial are finalised. 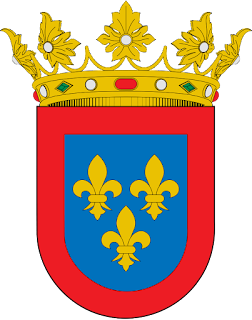 https://eurohistoryjournal.blogspot.com/p/subscribe-to-eurohistory.html
Posted by Seth B. Leonard at 10:32 PM