Duke of York To Withdraw From Royal Duties 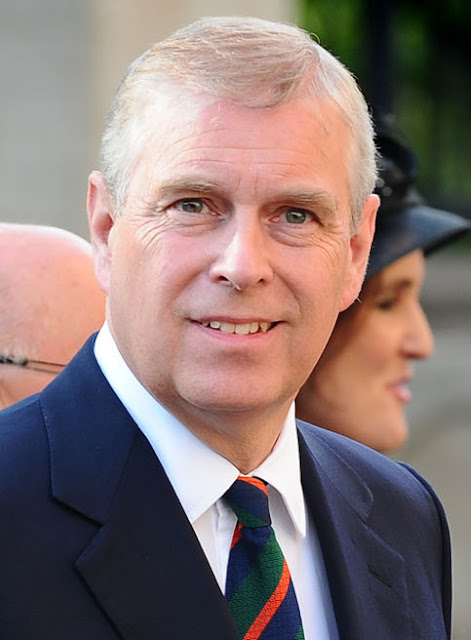 The BBC is reporting that the Duke of York will be either scaling back or withdrawing from royal duties.

The Prince Andrew is widely considered to have given a disastrous interview to BBC Newsnight over the weekend, during which the prince discussed his relationship with the late Jeffrey Epstein.


The Duke of York has also released a public statement:

"It has become clear to me over the last few days that the circumstances relating to my former association with Jeffrey Epstein has become a major disruption to my family's work and the valuable work going on in the many organisations and charities that I am proud to support.

Therefore, I have asked Her Majesty if I may step back from public duties for the foreseeable future, and she has given her permission.

I continue to unequivocally regret my ill-judged association with Jeffrey Epstein. His suicide has left many unanswered questions, particularly for his victims, and I deeply sympathise with everyone who has been affected and wants some form of closure. I can only hope that, in time, they will be able to rebuild their lives. Of course, I am willing to help any appropriate law enforcement agency with their investigations, if required." 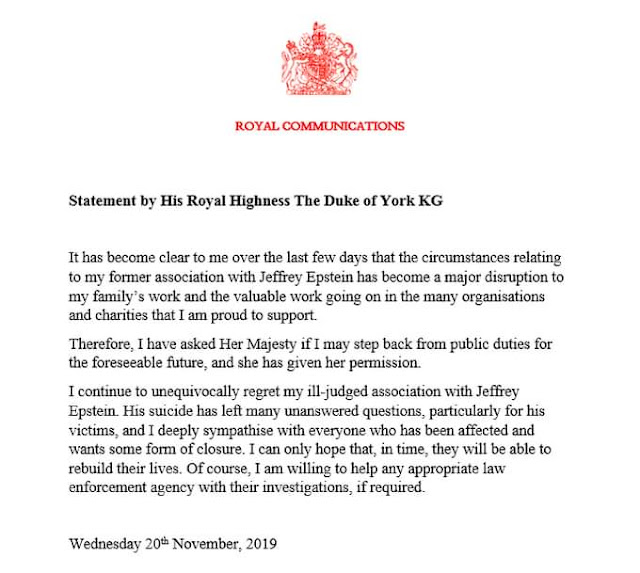 https://eurohistoryjournal.blogspot.com/p/subscribe-to-eurohistory.html
Posted by Seth B. Leonard at 1:08 PM