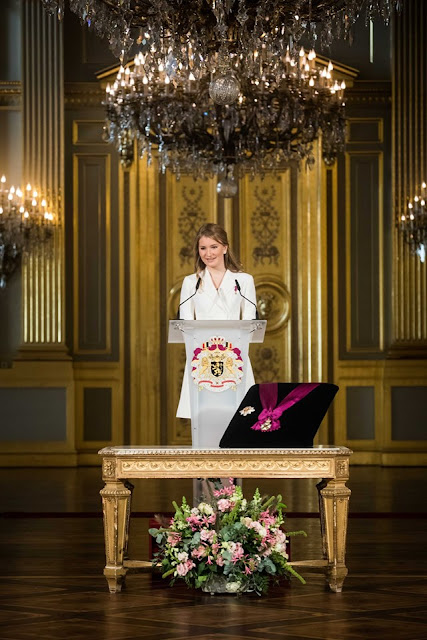 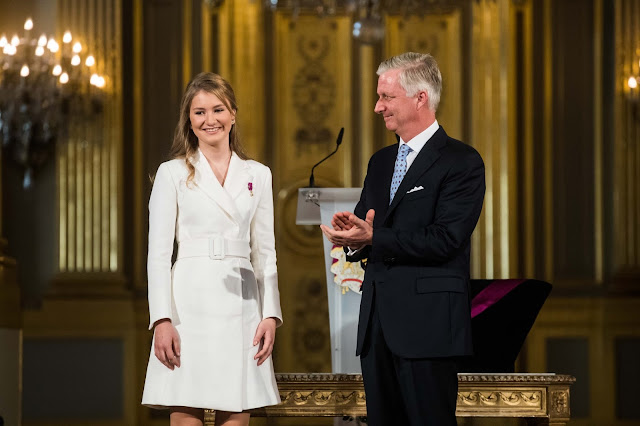 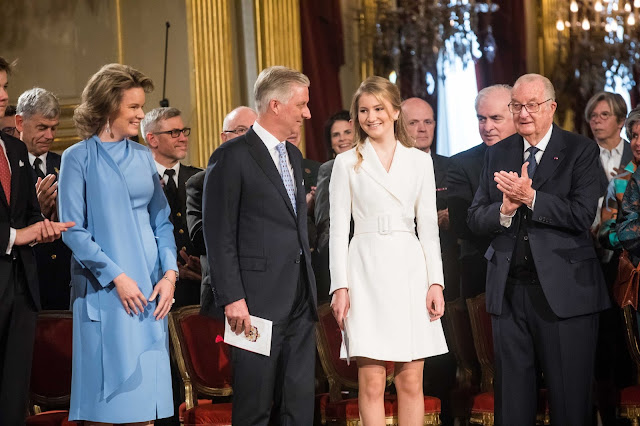 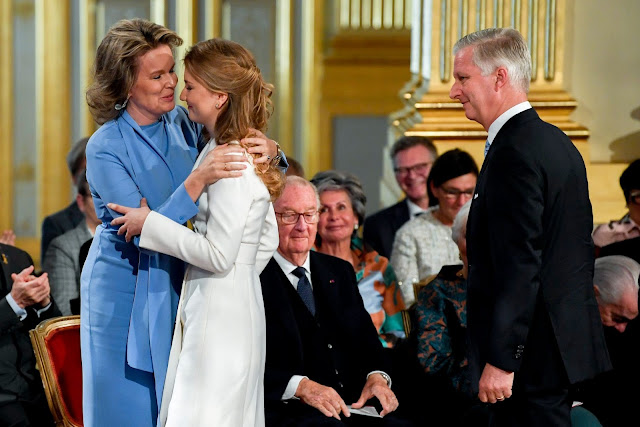 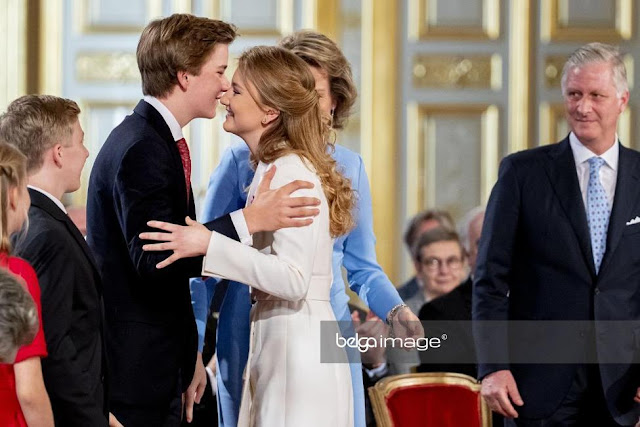 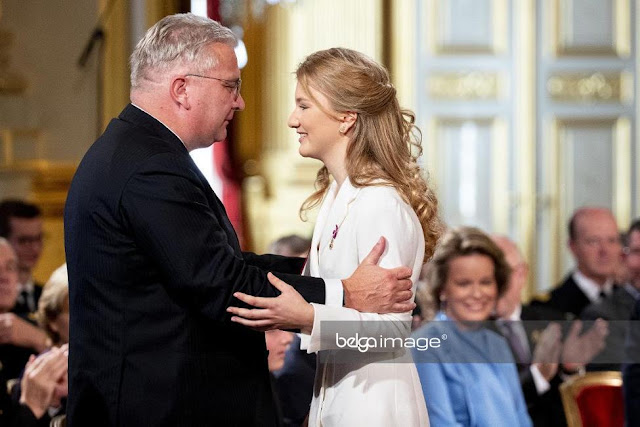 Today, Princess Elisabeth, Duchess of Brabant, celebrated her eighteenth birthday at the Royal Palace in Brussels. The future Belgian queen was joined by her parents, King Philippe and Queen Mathilde of the Belgians, as well as by her siblings; Elisabeth's grandparents King Albert II and Queen Paola were also present in addition to her uncle, Prince Laurent. To mark the attainment of her majority, Princess Elisabeth was granted the Grand Cross of the Order of Leopold I by her father, King Philippe. The princess delivered a speech, during which she spoke the following words: "These 18 years have been filled with many rewarding moments that have made me the person I am today. I realize that I still have a lot to learn. I will also focus on that in the coming years: trying to understand the world better - and helping to improve it, by giving the best of myself. The country can count on me. My family has always been there to support and encourage me. Together we are a strong team. Thanks mom for your presence and your listening ear. Thanks dad for your trust. I know I can always count on you." 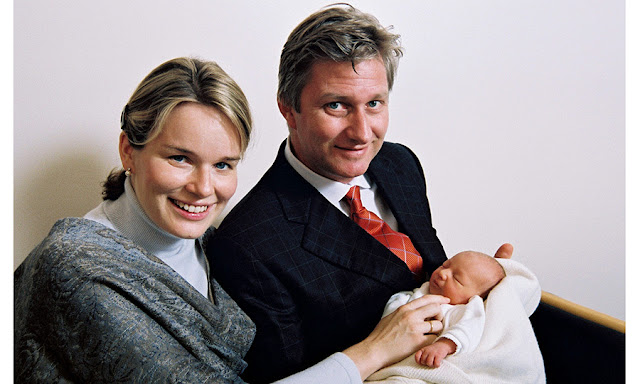 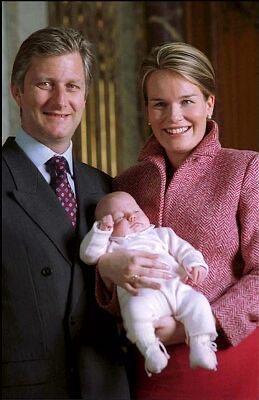 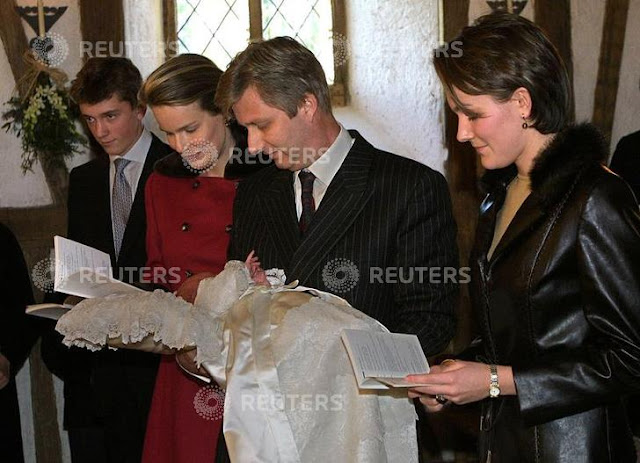 The first child of the King and Queen, Princess Elisabeth Theresia Maria Helena of Belgium was born on 25 October 2001 at Anderlecht, Brussels. She was baptized on 9 December 2001 in the chapel of Ciergnon Castle by Cardinal Godfried Danneels, Archbishop of Mechelen-Brussels. Elisabeth's godparents are Archduke Amedeo of Austria-Este, Prince of Belgium (her paternal first cousin), and Countess Hélène d'Udekem d'Acoz (her maternal aunt). 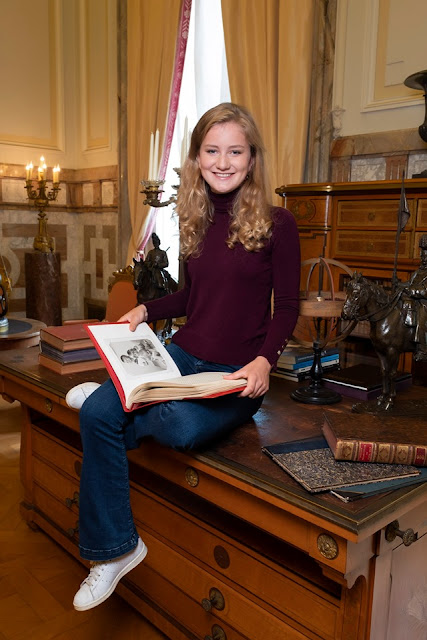 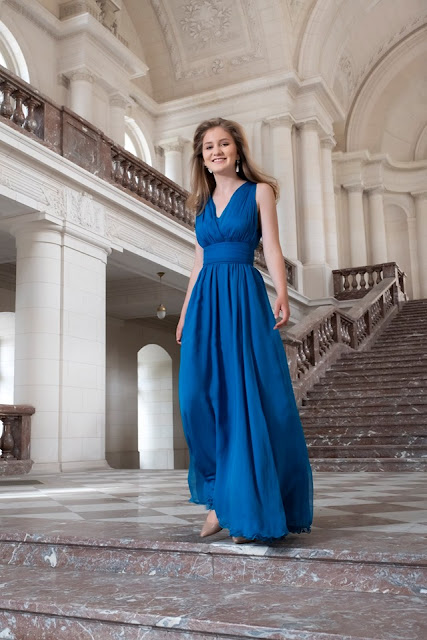 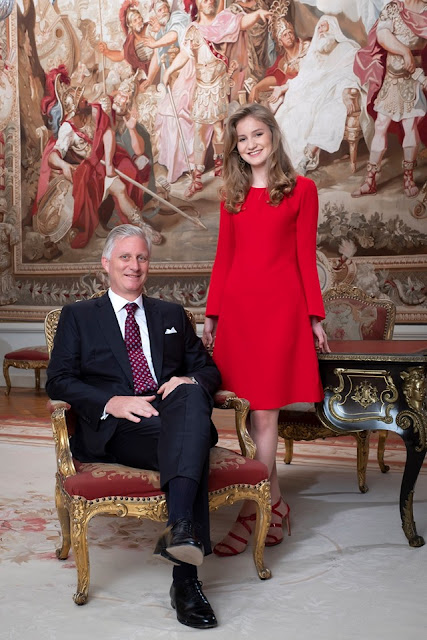 The Duchess of Brabant is currently a student at UWC Atlantic College in Wales, where she will  complete the International Baccalaureate Diploma Programme in May 2020. To mark her eighteenth birthday, three photographs of the Duchess of Brabant were released by the Royal Family of Belgium. The images were taken at the Château de Laeken.

https://eurohistoryjournal.blogspot.com/p/subscribe-to-eurohistory.html
Posted by Seth B. Leonard at 9:48 PM