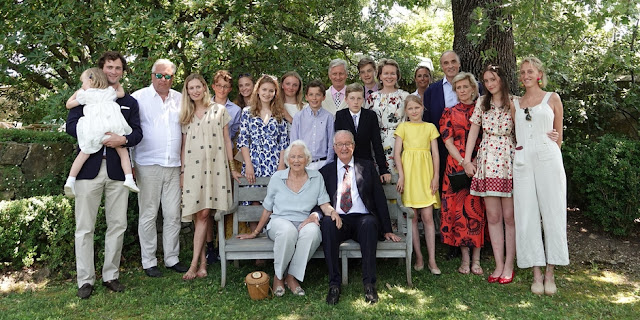 The Belgian Royal House today released an image of King Albert and Queen Paola of Belgium with their three children, eleven grandchildren, and one great-grandchild (with another on the way). Only Prince Joachim of Belgium, the second son and third child of Princess Astrid and Prince Lorenz, was missing. The photograph was taken last week in the South of France.