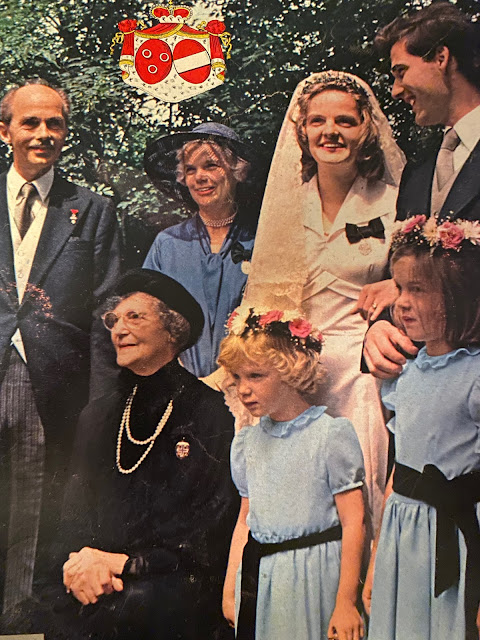 On 30 July 1977 at Pöcking, Archduchess Andrea of Austria religiously married Count Karl Eugen von Neipperg. Their civil wedding took place on 9 July. The couple met in 1976 at a ball in Munich.

Born at Würzburg on 30 May 1953, Archduchess Andrea Maria of Austria was the eldest child of Archduke Otto of Austria, Crown Prince of Hungary (1912-2011) and Archduchess Regina (1925-2010; née Princess of Saxe-Meiningen), who wed in 1951. Andrea received her early education at the primary school in Pöcking. The archduchess enrolled at the University of Innsbruck, where she perfected her knowledge of English and Spanish.

On 29 July at the Golfhotel Kaiserin Elisabeth in Feldafing, an intimate dinner was hosted by Archduke Otto and Archduchess Regina for their daughter and her betrothed as well as one hundred guests. Dancing followed the dinner.

On her wedding day, Archduchess Andrea wore a white satin dress, created by a Pöcking designer, with a headdress of flowers. On her gown, the archduchess had pinned the Order of the Starry Cross, of which she is a member. Bishop Bruno Wechner of Feldkirk officiated over the religious wedding, assisted by Father Mathias Defregger. After the benediction, the Bishop Wechner read a telegraph addressed to the newlyweds from Pope Paul VI. The witnesses for Archduchess Andrea were Archduke Lorenz of Austria and Count Degenfeld; for Count Karl Eugen, the witnesses were Count Reinhard von Neipperg and Fürst Nicholas Leopold zu Salm-Salm.

Two hundred guests attended the Austrian imperial wedding. Among the attendees were Fürst Franz Joseph and Fürstin Georgina of Liechtenstein, Prince Ernst August of Hannover, Duchess Charlotte of Mecklenburg, and the Margrave of Meissen. 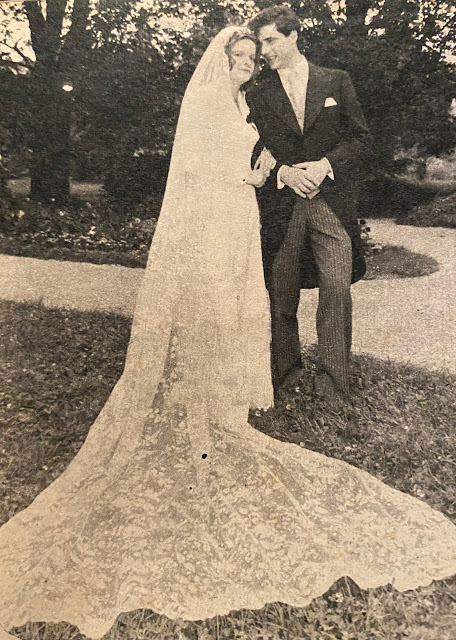 Our best wishes to Karl Eugen and Andrea on their anniversary!