The 50th Birthday of the Duke de Chartres 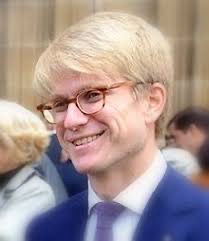 Many happy returns to the Duke de Chartres on his birthday!