Yesterday (Tuesday), 7 June 2022, Duke Carl of Württemberg died at hospital in Ravensburg. He was eighty-five years-old.

Duke Carl Maria Peter Ferdinand Philipp Albrecht Joseph Michael Pius Konrad Robert Ulrich of Württemberg was born on 1 August 1936 at Friedrichshafen. He was the second son of Duke Philipp of Württemberg (1893-1975) and his second wife Duchess Rosa (1906-1983; née Austria/Tuscany). Carl had five full siblings: Duchess Helene (1929-2021; married Markgraf Federico Pallavicini), Duke Ludwig (1930-2019; married twice morganatically), Duchess Elisabeth (1933-2022; married Prince Antonio of Bourbon-Two Sicilies), Duchess Marie-Thérèse (b.1934; married Prince Henri d'Orléans, Count of Paris), and Duchess Antoinette (1937-2004). From his father's first marriage to Archduchess Helena of Austria (1903-1924; sister of Duke Philipp's second wife Rosa), Carl had one older half-sister: Duchess Christine (b.1924; married Prince Georg of Liechtenstein). Carl studied at the University of Tübingen, from which he received a doctorate in law. Upon his older brother Ludwig's dynastic renunciation in 1959, Carl became the heir of his father Philipp. Carl was twenty-two years-old when he was faced with the reality that he, the second son, was to become the Head of House Württemberg.

Carl met his future wife, Princess Diane d'Orléans (b.1940), many times over the years before their union. In 1955, the Württembergs visited the Orléans at their Portuguese villa La Quinta. Diane remembered this visit in the her biography Diane de France, La princesse rebelle by Stéphane Bern: "When I first met Carl I was fifteen, he was eighteen. What struck me was his long emaciated figure, and his extreme thinness, despite a beautiful athletic build... He looked great with his angular face, and his blondness that brought out a clear and soft look. As for his long slender hands, they fascinated me. But from there to imagine anything, I did not think about it for a moment... I remember the day the Württemburgs had to pack up and leave. Carl, wanting to stay with us, went to find Papa: 'Uncle Henri, could you ask my father if I can stay a few more days?' Papa, who asked nothing more, suggested to the Duke of Württemberg to grant a grace period to his heir. But the Duchess did not hear it that way and got angry, believing that this attitude was unacceptable, irresponsible, and that Carl should immediately return to work in Germany. This saddened me. Before leaving, Carl gave me a present. A game of dice. As he had given me this present three days before his departure, I ran to buy him a little rubber monkey for him to hang on the rear-view mirror of his car. 'As they call me the monkey, you will think of me when you see it,' I told him, struck by the symbol of the dice he had given me. 'It is to see if you're lucky,' Carl quipped to me. Diane: "Me, I'm not lucky in gambling, so I should be lucky in love." Carl responded: 'We'll see.' The die was cast. Carl was always part of my familiar circle. From one year to the next he returned to the Quinta, even if the opportunities did not fail, over the months, to find us. In 1956, without there being any turning point in our relations, he began to see me more and more. That year, in addition to the silver wedding of the Count and Countess of Paris, we both took part in Queen Frederika's new Greek cruise on the Achileos. The opportunities to see one another then multiplied, especially from the engagement of his sister Ali (Marie-Thérèse) with my brother Henri. However, at their wedding in Dreux on 5 July 1957, we were still only good friends. At the wedding of his sister Lisa (Elisabeth) in 1958 with Prince Antoine of Bourbon-Two Sicilies, I had to see him by accompanying my brother François, but at the last moment, I left for Portugal where Carl came to join me after the ceremonies. In those years, the proliferation of princely weddings presented so many opportunities to meet and forge sweet ties between us. I seem to remember that it was in Altshausen, during this union, that Sophie of Greece and Juanito met. At the risk of twisting the necks of fairy tales, even in the Gotha, love is a mystery. How do we explain the changes in our feelings? How does one explain that they slowly turned into a romantic relationship? Imperceptibly, our ties indeed tightened. Carl was becoming more and more considerate, going out with me, inviting me to dances and seeming to seek my company. The summer of my eighteenth birthday, when I had just gotten my driving licence, he had to leave to see his father in Tenerife. Daring and attentive, he gave me the keys to his pretty car, a special-made Porsche that we called between us the 'thoroughbred.' 'Take that car, Diane, I'll leave it to you,' he told me with a charming smile. I was all the more intoxicated as I knew my brothers and sisters were green with envy. My brother Jacques immediately took the opportunity to encourage me to drive the car. In one week, we rode one thousand six hundred kilometres! Maman was also delighted because I drove her to the hairdresser with this racing car and that I served as a chauffeur for the whole family. The day Carl came back, I had polished his car so much it looked new. He was only surprised by the odometer...It was during a trip in this car, the following year, that our fate was sealed. We had realised, during the summer of 1959, that our feelings had changed and that our relationship was taking a different turn from the affectionate, almost familial friendship. At the end of the holidays, when I had to go back to Paris to resume my studies, Carl asked my father for permission to drive me back to Paris. And when we arrived, all tanned, in the courtyard of the Cœur-Volant, we had decided to get engaged! It was September 10: a few weeks later, Carl officially asked the Count of Paris for my hand. I was on a small cloud. I already admired in him the great lord, generous and solid. I also realised that he had the stature to support and direct a woman as volcanic and extravagant as me. With the benefit of time, I measure the rest that the strength of our union lies largely in the complementarity of our characters. Carl, who received a strict and rigid education, has always loved my originality, my fantasy. He always told me: 'You are like the bubbles of champagne, you make my life sparkle.' But, with him, life is really tasty like champagne!" 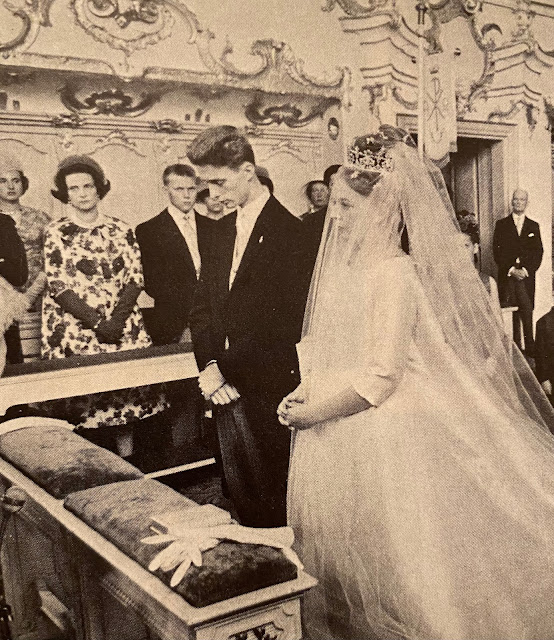 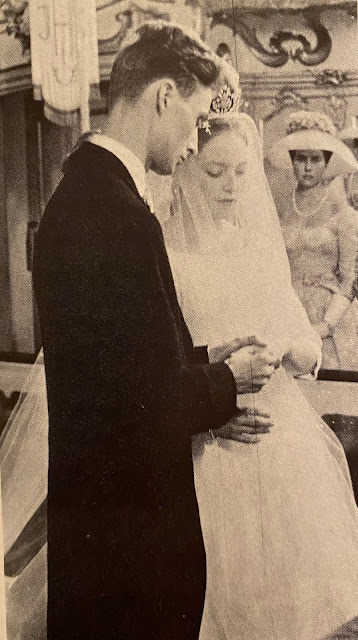 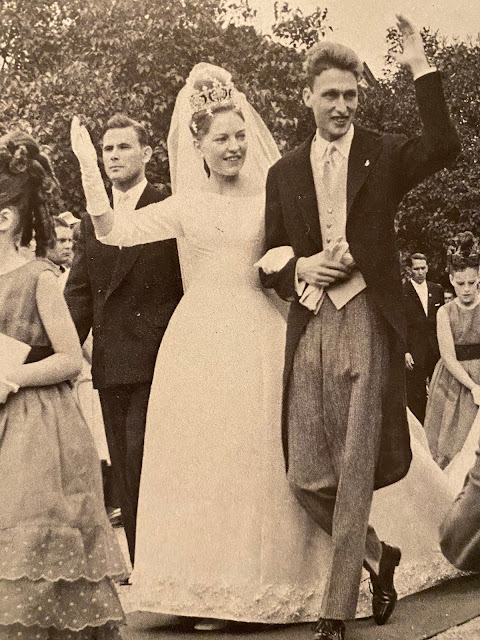 On 18 July 1960, Duke Carl of Württemberg and Princess Diane d'Orléans, daughter of the Count and Countess of Paris, were civilly married by the Mayor of Altshausen. Three days later, on 21 July, the couple celebrated their religious marriage in the chapel of Schloß Altshausen. Their union was presided over by Monsigneur Sedelmeier and Father Odo (the paternal uncle of the groom; Father Odo [1896-1964] was born Duke Carl of Württemberg and became a Roman Catholic priest in 1925). 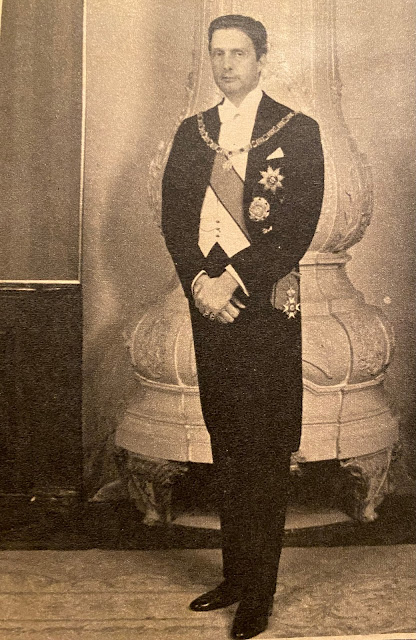 Duke Carl succeeded as the Head of the Royal House of Württemberg upon the death of his father Duke Philipp on 15 April 1975. The duke was the head of his house for forty-seven years. He was a devoted husband, father, grandfather, great-grandfather, brother, and uncle. Particularly noteworthy was Carl's support of his sister Princess Marie-Thérèse, Duchess of Montpensier, and her children.
In 2020, Duke Carl and Duchess Diane celebrated their Diamond Anniversary; they had been married for sixty years. The now widowed Duchess Diane of Württemberg revealed the source of her attraction to her husband in Diane de France, La princesse rebelle by Stéphane Bern. Diane told Monsieur Bern: "I am often asked if, thinking of Carl, I dreamed of Prince Charming. Certainly, I had promised myself to marry an original, an open mind who could understand me and accept me as I am; I could also have married an artist, provided he had stature and talent, but in truth, I would have united my destiny with Carl even if he had not been a prince. Birth does not matter, what counts is nobility of heart. And with Carl there is certainly no lack of that. Let's just say his family background and upbringing made it easier, because our families were thrilled." The duke and duchess were married for sixty-one years. 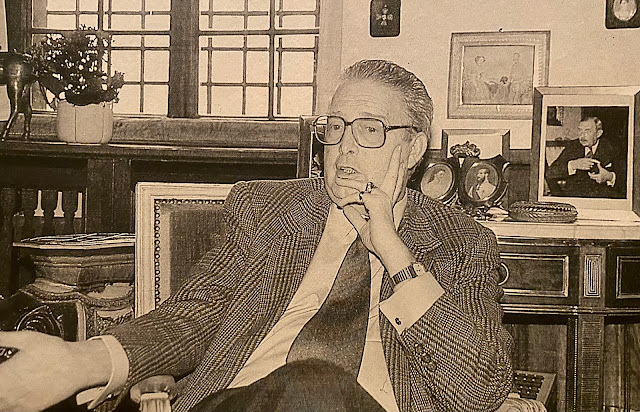 Duke Carl of Württemberg was a Knight of the Order of the Golden Fleece, Knight Grand Cross of the Order of Albert the Bear, Knight Grand Cross of the Order of Saint Hubert, Knight Grand Collar of the Supreme Order of the Most Holy Annunciation, Bailiff Knight Grand Cross of Justice of the Sacred Military Constantinian Order of Saint George, and Bailiff Knight Grand Cross of Honour and Devotion of the Sovereign Military Order of Malta. Among other institutions, the duke was a keen supporter of the German Red Cross, the Friends of Cancer Children, the Free School Foundation, the Art Foundation, and the Preventive Youth Welfare Foundation. In 2020, Carl withdrew from the management of his dynasty's business affairs. He made the announcement at a New Year's reception held at Schloß Altshausen and stated that his youngest son Duke Michael would take over the administration of the family's financial interests. "My health is no longer in a stable enough condition for me to devote myself to all the entrepreneurial aspects of the Hofkammer." For two years, Duke Michael of Württemberg has acted the head of the Hofkammer of the Royal House of Württemberg, which is based in Friedrichshafen, and manages the properties of the royal family: its forestry and wine-producing businesses, other agricultural holdings, and its financial assets.

In 2018, Carl's eldest son and heir Friedrich was tragically killed in a motor vehicle accident. Therefore, Duke Carl is succeeded as Head of the Royal House of Württemberg by his grandson Duke Wilhelm (b.1994), the only son of Duke Friedrich and Duchess Marie.
We extend our sincere condolences to the family of Duke Carl of Württemberg.
May Carl Rest in Peace.
Posted by Seth B. Leonard at 7:00 AM