If you would like to read the entirety of the press release regarding the religious marriage of Prince Rostislav and Princess Foteini, you can find it below. 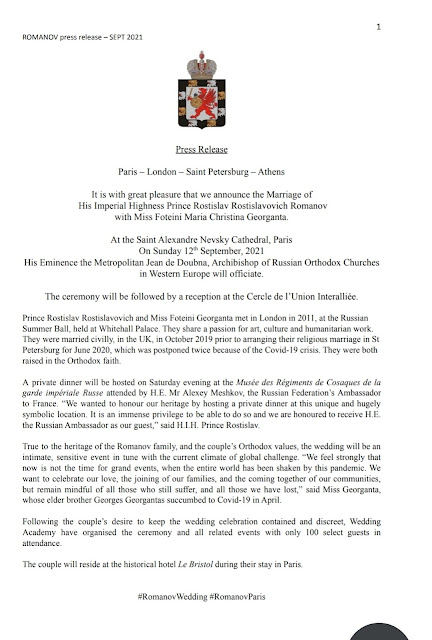 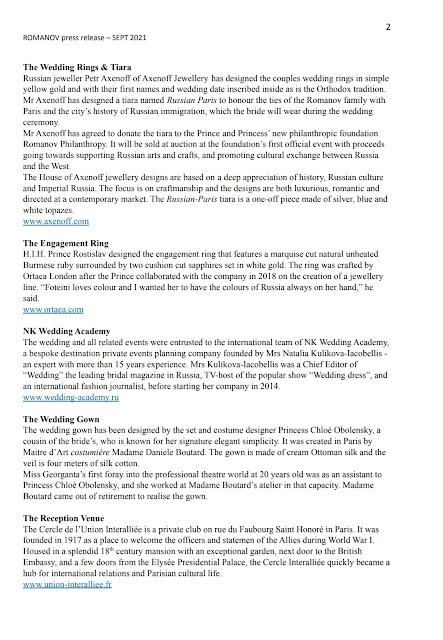 Our best wishes to Prince Rostislav and Princess Foteini on their religious wedding!
Posted by Seth B. Leonard at 7:00 AM