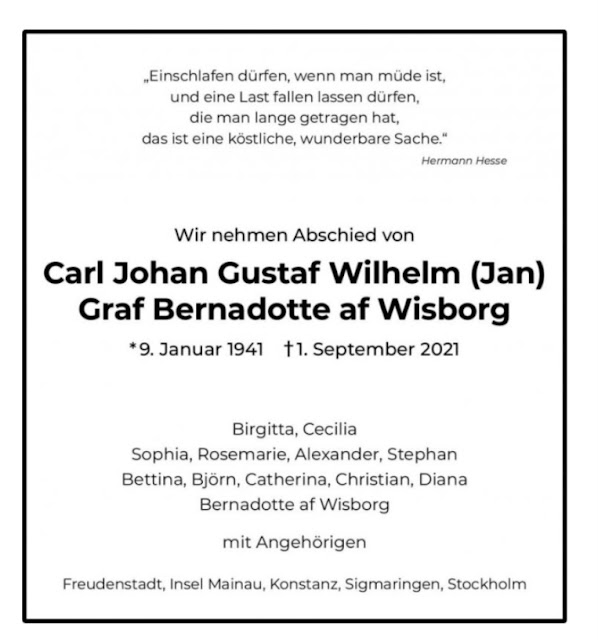 May Jan Rest in Peace.
______________
For further news and articles about Europe's imperial, royal, and noble families, join Eurohistory:
Subscribe to the European Royal History Journal!
Posted by Seth B. Leonard at 2:15 PM