Fabergé Wedding Rings for the Russian Imperial Marriage in October! 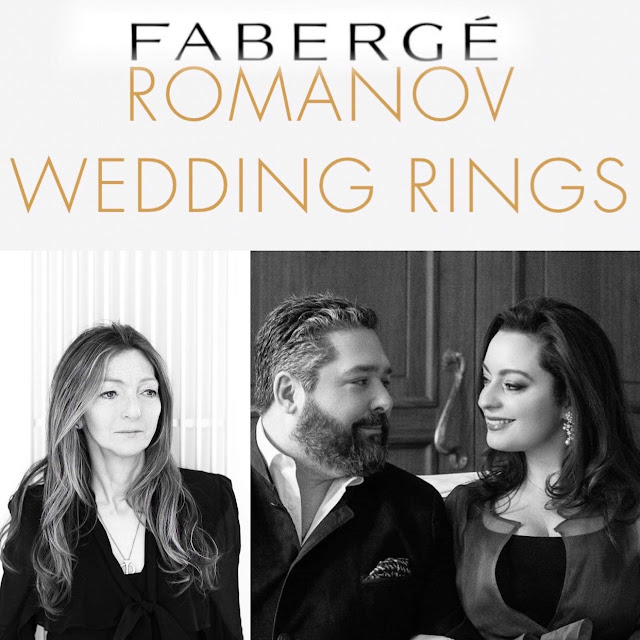 Yesterday, it was officially announced that Fabergé will be creating the wedding bands for the union of Grand Duke George Mikhailovich of Russia and his fiancée Victoria Romanovna Bettarini. The couple will marry on 1 October 2021 in Saint Petersburg. 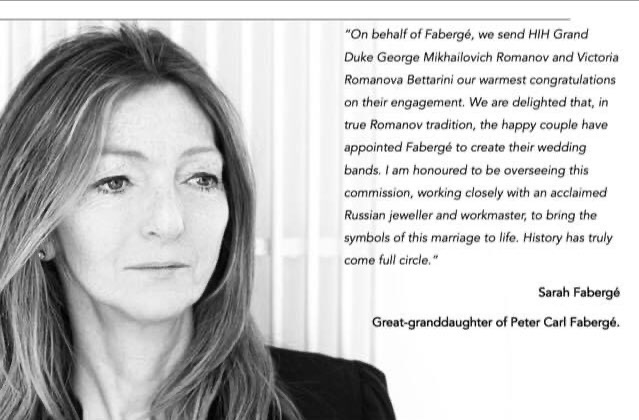 Sarah Fabergé, Fabergé’s Director of Special Projects and a great-granddaughter of Carl Peter Fabergé, sent her best wishes to George and Victoria: "On behalf of Fabergé, we send HIH Grand Duke George Mikhailovich Romanov and Victoria Romanovna Bettarini our warmest congratulations on their engagement. We are delighted that, in true Romanov tradition, the happy couple have appointed Fabergé to create their wedding bands. I am honoured to be overseeing this commission, working closely with an acclaimed Russian jeweller and work master, to bring the symbols of this marriage to life. History has truly come full circle."

THE RINGS, THE ROMANOVS, WEDDINGS, AND FABERGÉ

Fabergé played a large part in the weddings of Russian Grand Dukes and Grand Duchesses. Both sisters of Nicholas II, Grand Duchess Xenia and Grand Duchess Olga received gifts of large silver table services created by Fabergé as part of their dowry when they married.

Fabergé scholar Valentin Skurlov notes that on the 27th July 1901, the records of the Imperial Cabinet state that the jeweller Fabergé was paid 60 rubles for “a pair of wedding rings in pure gold” for the upcoming marriage of the Emperor’s sister, Grand Duchess Olga Alexandrovna.

By commissioning their wedding bands from Fabergé, the Grand Duke George and his fiancée Victoria Romanovna Bettarini are reviving an old family tradition by reestablishing a relationship between Fabergé and the House of Romanov.