Our next book, RECOLLECTIONS by Victoria Marchioness of Milford Haven is selling now!

To Purchase on AMAZON: 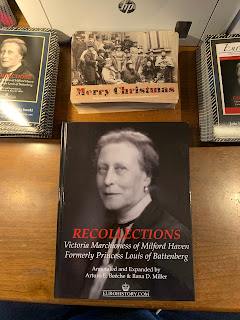 Copies being autographed by Mr. Beéche 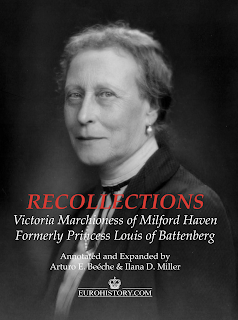 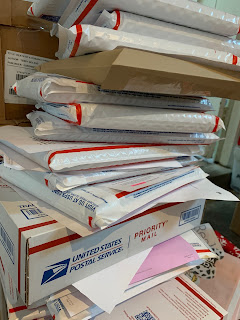 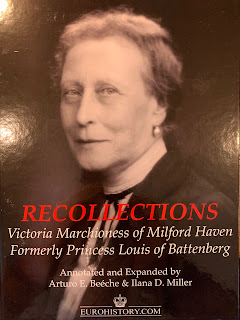 Cover of RECOLLECTIONS – Copies sold in the USA, Canada, Australia, and Brazil
began mailing from our office on Friday!

Born Princess Victoria of Hesse and by Rhine in 1863, she became one of her English grandmother's most frequent correspondents, as well as a surrogate mother to her younger siblings after the untimely death in 1878 of their mother, Grand Duchess Alice of Hesse. Married in 1884 to her father's first cousin, Prince Louis of Battenberg, Victoria soon became a witness to some of the most momentous historical episodes of her lifetime. Her thoughts (open, frank, no-nonsense, clear) are to be found inside the 280-page book containing her memoirs, her "recollections." The book has been handsomely illustrated with nearly 400 exquisite images sourced from various archives, family collections, as well as the incomparably vast EUROHISTORY Royal Photographic Archive.

You can also print the order form below and send to us: 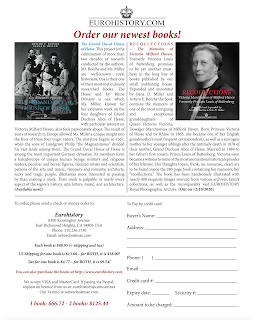 Posted by Arturo Beéche at 7:31 PM