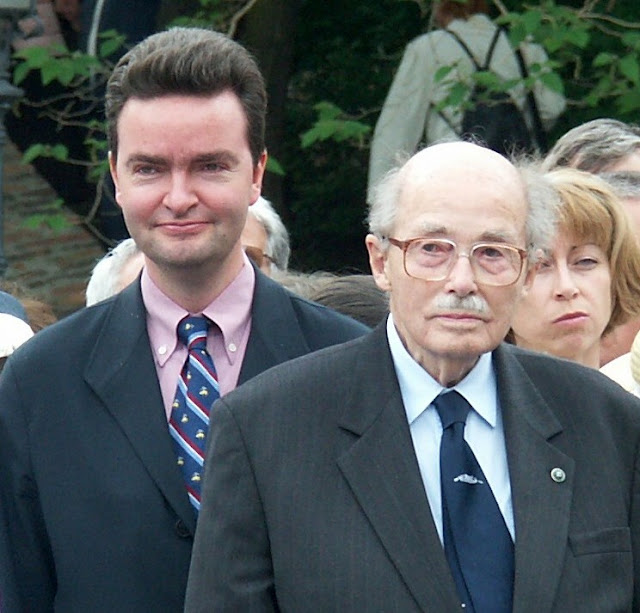 According to reports in the Hungarian press, Archduke Georg of Austria (known in civil society as György Habsburg) will soon be Hungary's next ambassador to Paris. Aged fifty-five, the archduke is a diplomat and journalist. The Foreign Affairs Committee of the Hungarian Parliament will meet with the Georg on Monday, and it is almost certain that the archduke will be confirmed to the position. Archduke Georg has held various diplomatic positions since 1996: he has worked as an extraordinary traveling ambassador and represented the interests of the Hungarian Olympic Committee abroad.
Born in 1964 as the second son and youngest child of the late Archduke Otto of Austria and Archduchess Regina (née Saxe-Meiningen), Archduke Georg of Austria has been married since 1997 to Duchess Eilika of Oldenburg (b.1972). The couple have three children: Archduchess Zsófia (b.2001), Archduchess Ildiko (b.2002), and Archduke Károly-Konstantin (b.2004).
Archduke Georg of Austria will be replacing Count György Károlyi (b.1946), who has served as the Ambassador of Hungary to France since 2015.
______________
For further news and articles about Europe's imperial, royal, and noble families, join Eurohistory:
Subscribe to the European Royal History Journal!
Posted by Seth B. Leonard at 11:34 AM