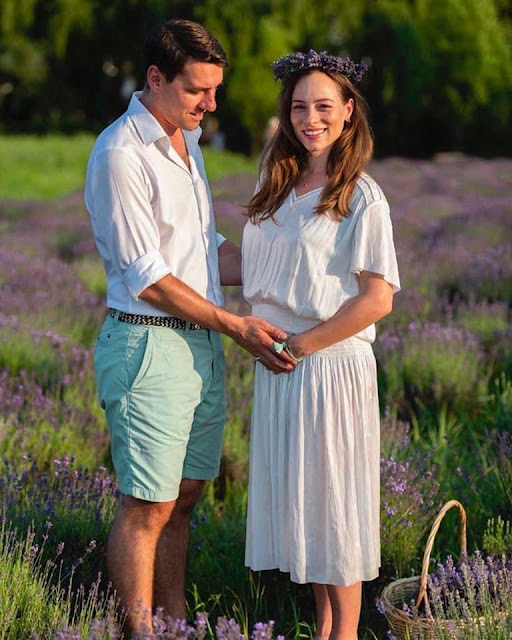 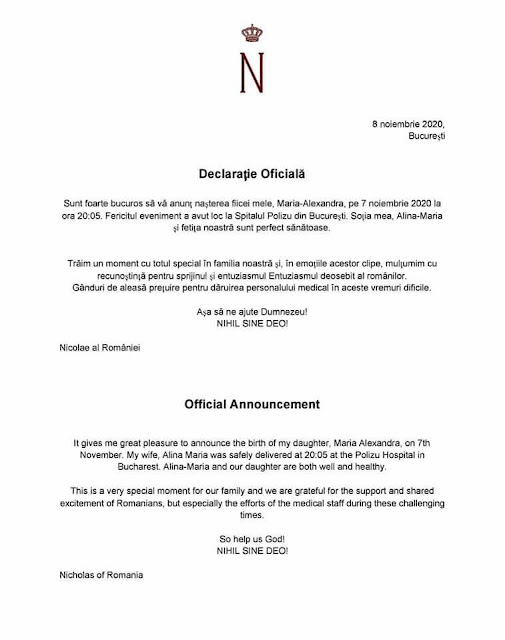 Prince Nicholas of Romania and his wife Alina-Maria have welcomed the arrival of their first child. Maria-Alexandra of Romania was born at the Polizu Hospital in Bucharest at 8:05pm on Saturday, 7 November 2020. Mother and daughter “are both well and healthy.” Among others, the couple have received congratulatory messages from Prince Jean d'Orléans, Count of Paris and Head of the French Royal House, and Crown Prince Leka of the Albanians.

On 1 June, Nicholas of Romania announced that his wife Alina-Maria was expecting their first child in November. The proud parents-to-be chose a very apt day to announce the pregnancy - 1 June is Ziua Copilului (Children's Day) in Romania. 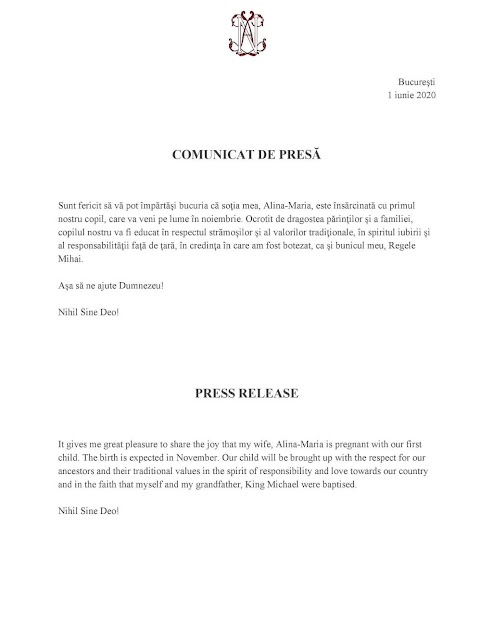 Nicholas of Romania (b.1985) and Alina-Maria Binder (b.1988) were civilly married on 6 October 2017 in the United Kingdom and religiously married on 30 September 2018 at Sinaia. Nicholas is the son of Princess Helen of Romania and the late Dr. Robin Medforth-Mills. Alina is the daughter of Heinz Binder and Rodica Iancu. The couple lives in Bucharest. 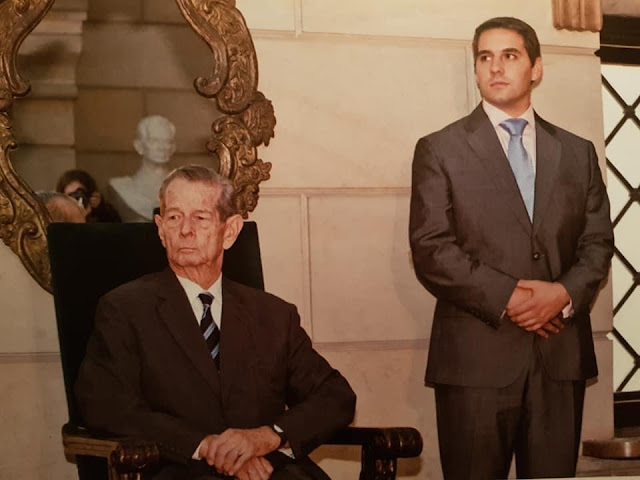 Maria-Alexandra of Romania (b.2020) is a great-granddaughter of King Michael of Romania (1921-2017) and Queen Anne (1923-2016; born Princess of Bourbon-Parma). Maria-Alexandra is a double descendant of Queen Victoria of the United Kingdom. The newborn is 108th in the line of succession to the British throne.

Our Congratulations to Nicolae and Alina-Maria on this extremely happy news! God Bless Maria-Alexandra!

______________
For further news and articles about Europe's imperial, royal, and noble families, join Eurohistory:
Subscribe to the European Royal History Journal!
Posted by Seth B. Leonard at 3:37 AM