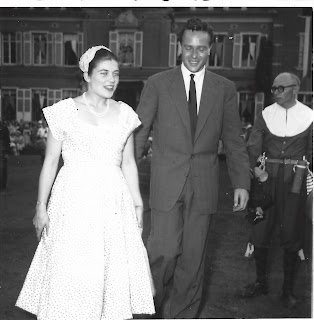 Hélène was born in Brussels in 1934, the third child of his parents. She was preceded by Isabelle and Henri. She was followed by: François, Anne, Diane, Jacques, Michel, Claude, Chantal, and Thibaut.

Count Evrard was the son of Count Thierry de Limburg Stirum and his wife the former Princess Marie-Immaculé of Croÿ. He was born at the Château d'Huldenberg, his family's ancient home, on October 31, 1927.

Princess Hélène became a widow in 2001. She continues residing at Huldenberg surrounded by many of her descendants. 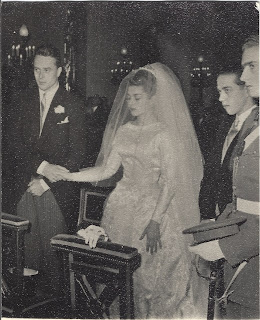 Count Evrard and Princess Hélène, with the Count de Clermont and the Prince of Asturias (later King Juan Carlos I of Spain). 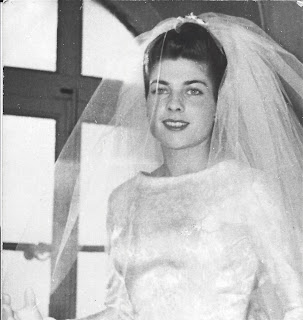 Princess Hélène of France.
You can learn more about this very interesting royal personage by subscribing to Eurohistory and reading a detailed article in Issue CXXVIII – Winter 2020 about Princess Hélène and Count Evrard.
To Subscribe...
Eurohistory Subscription USA 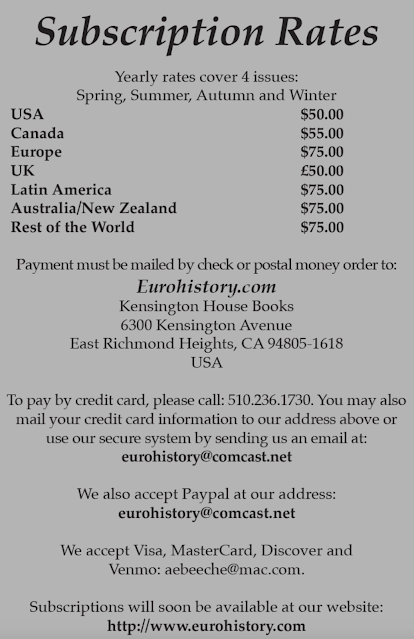 Posted by Arturo Beéche at 6:40 PM