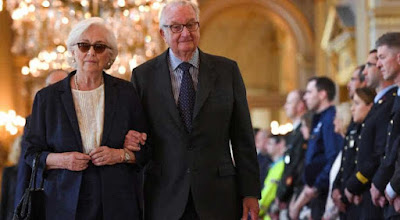 Today, HM King Albert II issued a communiqué on the topic of the meeting between two of his children, HM The King of the Belgians and HRH Princess Delphine of Belgium. Last Friday, brother and sister met at Laeken Castle and connected over the course of a three-hour lunch. More meetings are planned in the future, which will likely include the Queen and James O’Hare, as well as the children of both couples. 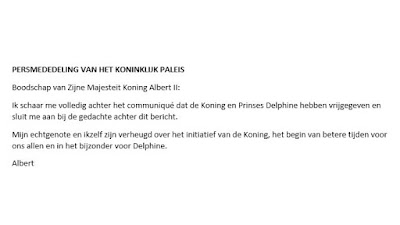 I fully endorse the press release by the King and Princess Delphine and agree with the rationale behind this message. My wife and I are delighted with the initiative of the King, the start of better times for all of us and in particular for Delphine. 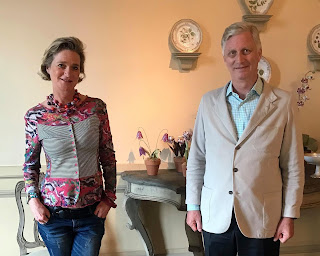 The news of the meeting between Philippe and Delphine was made public yesterday. Later on Thursday, when reached for comment, Prince Laurent told Belgian royal reporter Wim Dehandschutter that “Delphine can count on me.”
Posted by Seth B. Leonard at 12:22 PM