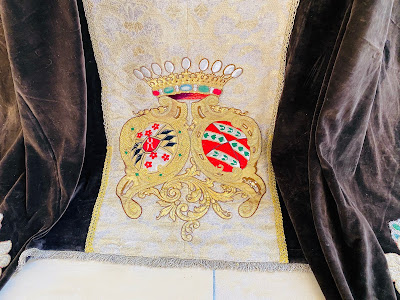 On Saturday, September 12, 2020, the Törring family gathered in a private funeral to lay to rest Countess Maria Immaculata. Given the danger posed by COVID-19, as well as rising contagion rates across Europe, the family decided this was the most responsible and safest manner to bid farewell to the late Countess.

Funeral Oration by the officiating priest:

"This church was very familiar to your mother, grandmother, and great-grandmother. On Sundays she usually sat on the left side of the church in the back third, formerly the women's side. During the service she always had a look at the family crest, the jumping dog up in the choir arch. Perhaps it also created an additional bond with this church that many generations of the Törring family prayed here. Today, she is one last time in the little church of Dünzelbach and will find a final resting place very close to this prayer room, her house, and the place where her family lives. 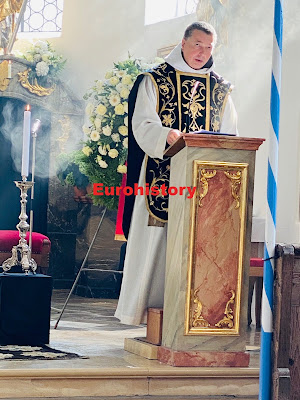 Maria Immaculata was born almost 100 years ago, on July 27, 1921 in eastern Hungary, the region that is today mainly known for its To-kaj wine here in the west. The family of Baron Waldbott von Bassenheim originally came from the Rhineland and made it to Hungary through marriage in the 19th century. Maria Immaculata grew up bilingual on her parents' estate, where she was taught by private tutors for the first few years of school. Then she went to a Sacré Coeur school near Pressburg. After finishing school, she could expect a carefree life on her parents' estate. But as her father writes in his memoirs, his daughter had no desire to just go about social life and wanted to do something more serious. The beginning of the war for Hungary in 1941 provided the opportunity to train as a nurse. She specialized in operations in the surgical department and took part in difficult operations every day for two years. I have even heard from experienced doctors that they can hardly stand this work on the open human body. It shows that the deceased could take a lot. In 1943 she was transferred to the rock hospital in Budapest, where the best medical staff in Hungary were brought together to care for the citizens of the capital, who were seriously wounded after bombing, in vaulted cellars. It was a horrific patchwork, in which the nurse treated countless seriously injured people day and night. At the last minute, before Budapest was occupied by the Russians, they managed to escape to the West, to which the family also fled in stages. 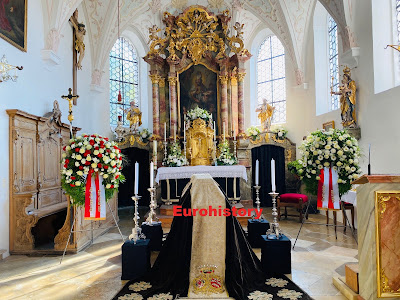 Maria Immaculata first ended up in Austria, where she helped find missing people on radio broadcasts. When the Russians approached Austria, the flight continued to the American zone. In Lower Bavaria, the family initially found accommodation in an inn near Grießbach, later they were able to move to the Arco family. During this post-war period Maria Immaculata worked in Munich for the UN aid organization UNRRA, which took care of war refugees. In 1947, she visited Seefeld Castle, where she met Count Hans Heribert Törring. The engagement took place after just two weeks, and soon after that the wedding took place. As it is said, all participants of the wedding were extremely happy, not only because of the bride and groom, but because everyone could finally eat their fill. 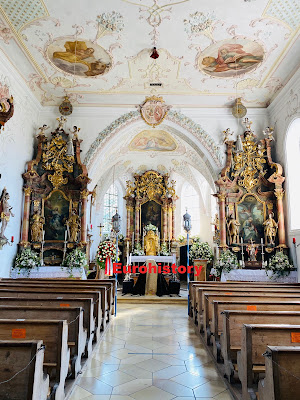 In the following years five children were born. The quiet life took a certain turn when the son Max was born with a disability. The mother did not want to accept the health impairment and sought medical help everywhere so that her son could lead a normal life. But in vain, no one could explain the strange disease. Finally, a specialist in the USA was able to diagnose the disease as muscle wasting. At that time, this disease was practically unknown in Germany and hardly researched. Countess Maria Immaculata then founded the “German Society for Muscle Sickness” in 1965 as a self-help organization with many in-house meetings. Today this society is a large association that supports many people in need, and has also expressed its condolences for the death of the founder in a beautiful way. 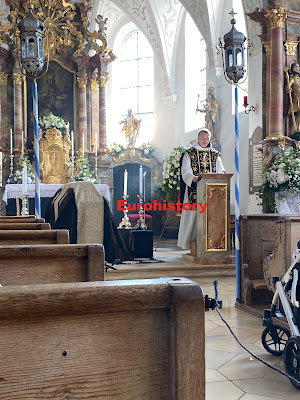 The deceased was impressively enterprising. She and her friend Princess Irmingard of Bavaria liked to drive to the Middle East and exotic regions, where they experienced exciting adventures that we would probably not expect as holidays. In the 1950s she bought a house in the south of France that was to serve as a meeting place and holiday residence for the family for two decades. The international milieu of the French Riviera certainly suited her. She made a number of interesting friendships and even looked after the property's small olive plantations.

After her husband's death in 1977, a new stage in life began. She wanted to make it easier for the children to have a life of their own, and perhaps to lead a new one herself. She moved into a large house in Lower Bavaria, which she furnished with a lot of love. Furnishing and designing houses was a passion of hers. She put a lot of effort into the large garden and the rose plantations in particular, and the visitors were impressed by the splendour of the flowers when family and friends were invited, especially when the roses were in bloom. In general, she loved nature and was happy when deer and pheasants visited her property and let her feed them. But she was also a dashing hunter, a passion she might have inherited from her father.


At the age of 90 she moved back to Dünzelbach, close to the family. It was quite a sacrifice for her, as she had to leave her beloved rose garden behind. In any case, the small front garden of the forester's house next to the church was always well cared for. With age, her social circles became increasingly smaller. The visits of the children and grandchildren, the Sunday meetings, and meals together were a great pleasure for them. Thanks also to the family for taking the time to visit us. Old people often feel left alone and are grateful for the attention of their loved ones. How important the family was to the deceased could also be seen in her room, where children and grandchildren were present in her pictures. The last few months have been difficult, also for the family. Someone with such a strong will to live does not simply give up before death. I was allowed to bring her the sacraments of death one day before she died. She suffered badly, but was quite there and composed. She knew what was in store for her, and she was prepared for it.

You will allow me to say a few more general words about this brief overview of her life. The way the deceased was described and how I experienced her myself, she radiated a strong presence. She had a strong will, but it was mixed with a lot of kindness and humor and she had a pronounced charm. Whenever she was here in church and came to communion holding her daughter's hand, I always thought to myself, “Respect. A woman with format.” As you can already see from the outline of her life, she was extremely independent and independent in her whole way of thinking, but also helpful, warm-hearted, and open to other people in an unobtrusive way. She could also be strict and precise when the situation called for it, but without wanting to hurt. She was a good listener and gave people the freedom to go their own way. A letter of condolence describes her as an extremely interesting and quick-witted conversation partner who spread the joy of life. 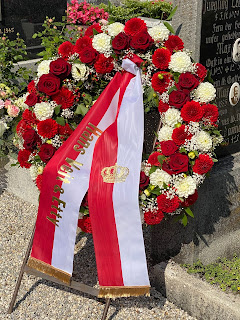 Your mother has come a very long way, from eastern Hungary to here in the small Dünzelbach in Upper Bavaria. She was accompanied by her faith, which was strongly shaped by a piety to Mary. In a sense, Mary stands for the maternal side of God, for care and devotion, the willingness to fully support the children. In Seefeld there is a figure of Mary in the field that your mother regularly visited and decorated with flowers. That is why the beautiful figure of Mary of his own possession can also be seen on the death card and the heartfelt song of Mary "Mary, spread your coat", which invites us to recognize and feel that we are children of God. The last days are also connected with Mary: the day of death was the feast of Mary's birth and today's funeral day is the feast of Mary's name, i.e. the name of the Mother of God, which the deceased herself carried: Maria Immaculata. A rich life has now found its consummation.

May Maria Immaculata rest in peace...."

Eurohistory wishes to express our sincerest condolences to to Törring family during these sad times!

NOTE: Reproduction of photos without prior permission is strictly forbidden!
Posted by Arturo Beéche at 6:53 PM