Today, we received the first shipment of copies of Arturo Beéche and Ilana Miller's newest collaboration, THE GRAND DUCAL HOUSE OF HESSE!

The book is 336 pages, contains over 400 beautiful photographs, and has six [ages of family trees. It promises to become the definitive English language work on the Grand Dukes of Hesse!

Or by direct order at: 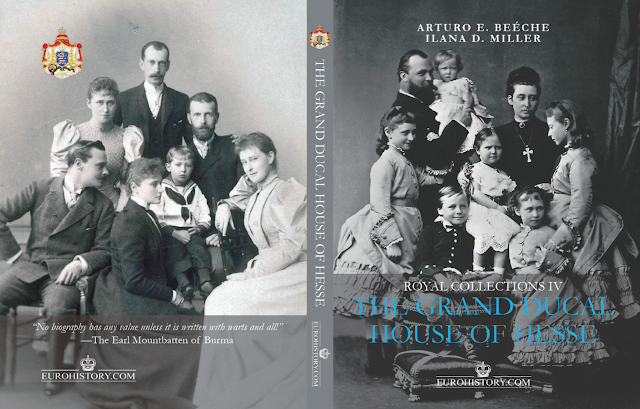 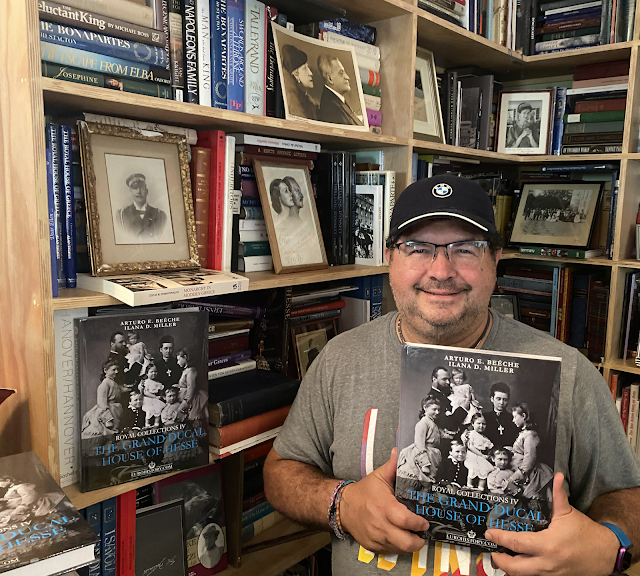 Arturo Beéche holding the first copy of the book! 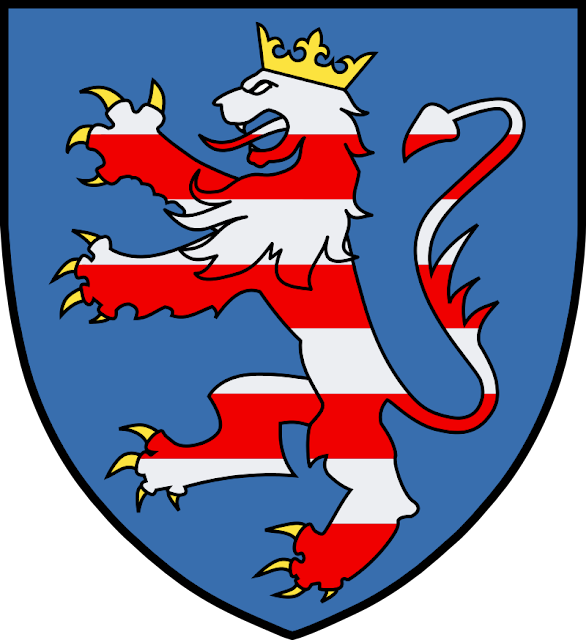 The Grand Ducal House of Hesse's Coat of Arms 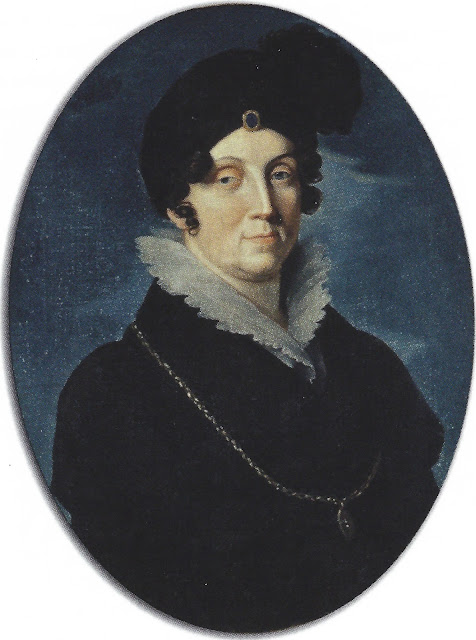 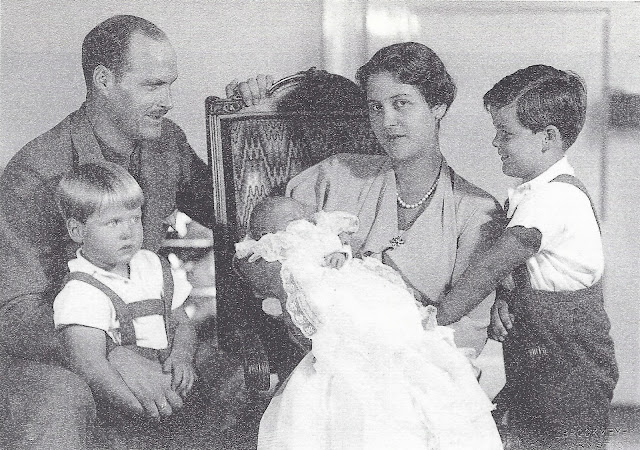 Hereditary Grand Duke Georg Donatus and his family...Georg Donatus holding Alexander, Cecilie holding Johanna, Ludwig (1936). Four of the five in this image would perish tragically in an air crash in Steen, Belgium, November 1937. 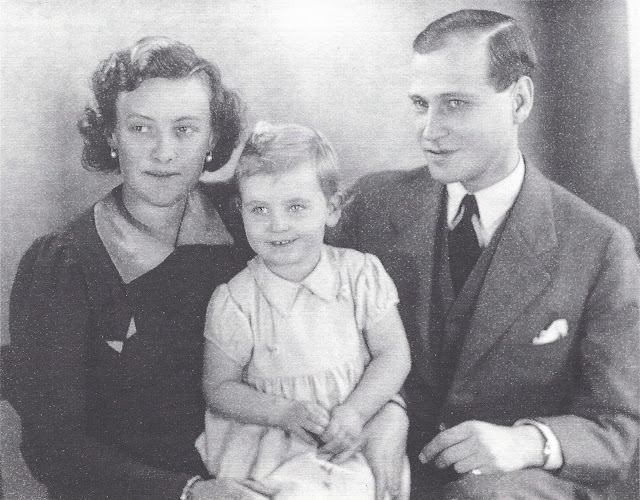 Prince Ludwig and Princess Margaret with their niece Princess Johanna. Sadly, the little princess died in 1939 of meningitis. 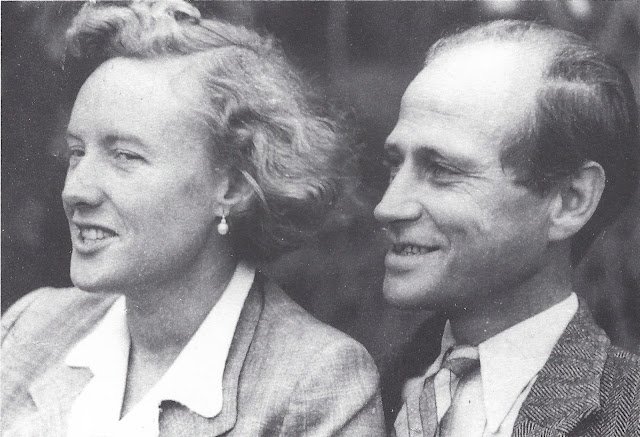 Ludwig and Margaret were married for over thirty years, but were childless. He died in 1968, there last Hesse and by Rhine; Peg, as his wife was called, died in 1997.

Posted by Arturo Beéche at 8:12 PM