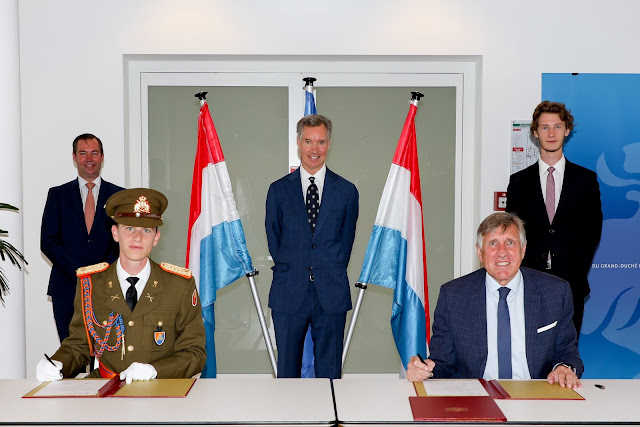 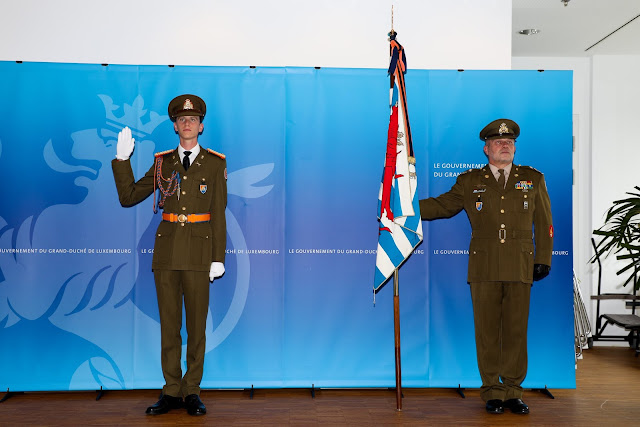 In the presence of his family, HRH Prince Paul-Louis de Nassau was sworn in by Mr. Bausch, Minister of Defense, as an officer of the Luxembourg army. The prince recently completed his training at the Royal Military Academy in Sandhurst. Paul-Louis was joined at this event by his father Prince Guillaume, his brother Prince Léopold, and his cousin Hereditary Grand Duke Guillaume.

Born in 1998, Prince Paul-Louis de Nassau is the eldest child of Prince Guillaume of Luxembourg and Princess Sibilla (née Weiller). One of his godparents is his elder cousin, Hereditary Grand Duke Guillaume of Luxembourg, who also attended Sandhurst. Indeed, the grandfather of Paul-Louis and Guillaume, the late Grand Duke Jean, graduated from Royal Military Academy Sandhurst in 1943. Other Sandhurst graduates include Paul-Louis’ uncle Grand Duke Henri and his cousin Prince Sébastian.
Posted by Seth B. Leonard at 1:44 PM