The Count of Paris on USA Protests: "The loss of George Floyd's life is far more serious than any material degradation." 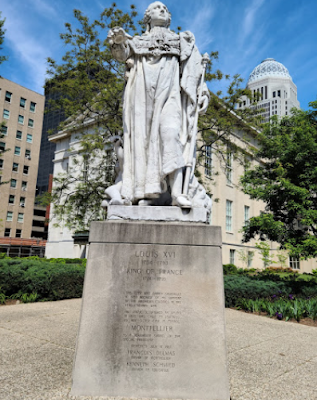 Prince Jean d'Orléans, Count of Paris, has issued a number of statements on the condition of the statue of King Louis XVI of France in Louisville, Kentucky. During a protest in that city, a hand was removed from the statue.


Protests have taken place around the United States of America following the killing of George Floyd by a police officer in Minneapolis, Minnesota, on 25 May 2020. Mr Floyd worked as a restaurant security guard until his job was terminated as a result of the COVID-19 pandemic. George Floyd, who was forty-six years-old, is survived by two daughters.


On 29 May, the Count of Paris took to Twitter with the following words: "The hand of Louis XVI is the one that helped the US people to gain its freedom. I strongly regret this act of disrespect towards our common history. #louisxvi #louisville #Minneapolisprotest #Louisvilleprotests" Today, 30 May, Prince Jean issued another statement on the situation: "The loss of George Floyd's life is far more serious than any material degradation. Few people knowthat Louis XVI abolished torture in 1780. I'm convinced Louis would have been on George's side. #georgefloyd #kentucky #louisville"
Posted by Seth B. Leonard at 7:13 PM