Prince Sixte Henri of Bourbon-Parma has announced that today, Thursday, 26 March 2020, his sister Princess Marie-Thérèse of Bourbon-Parma passed away in Paris from the coronavirus. The princess was eighty-six years-old.

Marie-Thérèse never married and had no children. 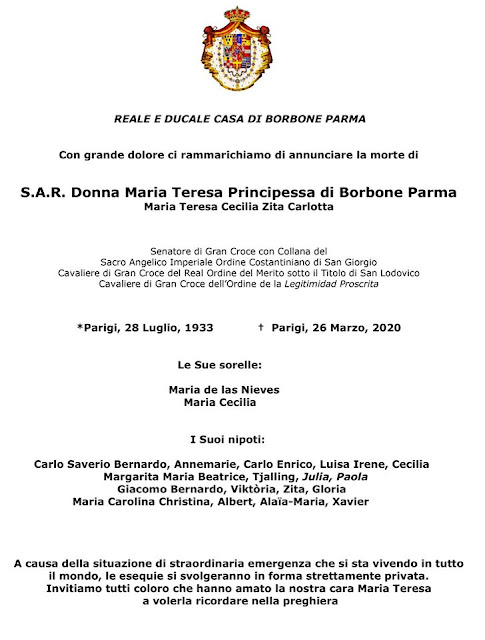