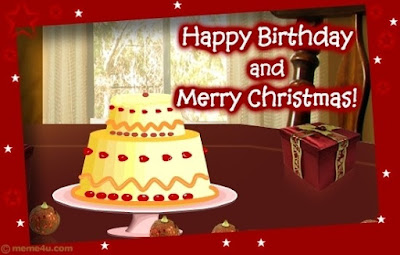 For whatever reason, it seems relatively rare that people are born on 25 December. When one takes a look at the Gotha, there is an even smaller number of individuals who arrived on Christmas Day. Currently, there are only four princes and one princess who share this unique distinction: the eldest was born in 1934, and the youngest arrived in 1991.

H.S.H. Prince Ernst August Alexander Christian Viktor Hubert zu Schaumburg-Lippe was born on 25 December 1958 at Düsseldorf. He was the second son and last child of Fürst Philipp-Ernst (1928-2003) and Fürstin Eva-Benita (1927-2013; née Baroness von Tiele-Winckler), who married in 1955. In August 1993, Alexander married Princess Marie-Luise "Lily" zu Sayn-Wittgenstein-Berleburg (b.1972); the couple had one son, Hereditary Prince Heinrich-Donatus (b.1994), before divorcing in 2002. In June 2007, Fürst Alexander married Dr Nadja Anna Zsoeks (b.1975); the couple had two daughters, Princess Friederike (b.2008) and Princess Philomena (b.2011), before divorcing in 2018. Alexander is the Head of the Princely House of Schaumburg-Lippe.

H.H. Prince Bernhard Lucas Emmanuel of Orange-Nassau, van Vollenhoven, was born on 25 December 1969 at Nijmegen. Bernhard is the second son of the four sons of Princess Margriet of the Netherlands (b.1943) and Pieter van Vollenhoven Jr. (b.1939), who wed in 1967. In July 2000, Bernhard married Annette Sekrève (b.1972); the couple have three children: Isabella (b.2002), Samuel (b.2004), and Benjamin (b.2008). Prince Bernhard is the first cousin of King Willem-Alexander of the Netherlands.

H.S.H. Hereditary Prince Carl-Anton Christian Gustav Clemens Alexander of Waldeck and Pyrmont was born on 25 December 1991 at Arolsen. Carl-Anton is the eldest of the three sons of Fürst Wittekind (b.1936) and Fürstin Cecilie (b.1956; née Countess von Goëß-Saurau). In 2013, Carl-Anton sustained serious injuries during a swim in the River Main; this incident led to the prince becoming a paraplegic. In 2016, Carl-Anton succeeded his father as Executive Chairman of the Princely Foundation of the House of Waldeck and Pyrmont.

Therefore on 25 December 2019, five members of the first section of the Gotha will celebrate their birthdays. Prince Wolfgang of Liechtenstein will turn eighty-five. Princess Alexandra of Kent will turn eighty-three. Fürst Alexander of Schamburg-Lippe will turn sixty-one. Prince Bernhard of Orange-Nassau, van Vollenhoven, will turn fifty. The youngest of the group, Hereditary Prince Carl-Anton of Waldeck and Pyrmont will turn twenty-eight.

We wish them a Happy Birthday and a Merry Christmas!

https://eurohistoryjournal.blogspot.com/p/subscribe-to-eurohistory.html
Posted by Seth B. Leonard at 8:36 PM