The Braganzas and Romanovs Meet in Moscow

The Duke of Braganza, Head of the Royal House of Portugal, and Grand Duke George of Russia, the Heir to the Head of the Imperial House of Russia, met today in Moscow. They spent time both at the Portuguese Embassy to Russia in Moscow and later at dinner. The modern Braganzas and Romanovs have strong ties: D. Duarte, Duke of Braganza, and Grand Duchess Maria of Russia are good friends. 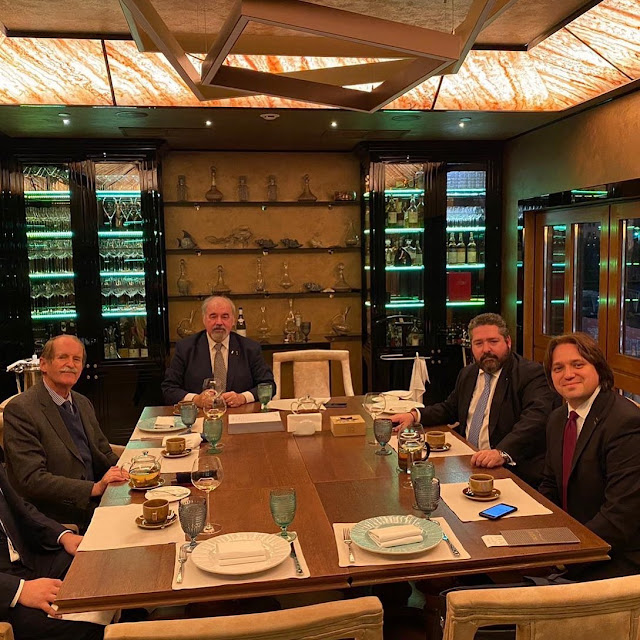 The Duke of Braganza (b.1945) and Grand Duke George of Russia (b.1981) are fourth cousins twice removed. They are both descendants of Fürst Karl Ludwig zu Hohenlohe-Langenburg (1762-1825) and his wife Countess Amalie zu Solms-Baruth (1768-1847). Dom Duarte, Duke of Braganza, is related to Grand Duke George through the latter's father, Prince Franz Wilhelm of Prussia (b.1943).

https://eurohistoryjournal.blogspot.com/p/subscribe-to-eurohistory.html
Posted by Seth B. Leonard at 7:45 PM