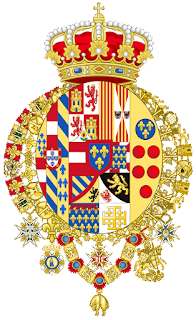 H.R.H. Prince Antonio of Bourbon-Two Sicilies died at Zurich, Switzerland, on Monday, 11 November, at the age of ninety. His eldest son, Francesco, was at his father's side when Antonio passed away.

In July 1958, Prince Antonio married Duchess Elisabeth of Württemberg (b.1933), the daughter of Duke Philipp of Württemberg and Archduchess Rosa of Austria-Tuscany. The couple have four children: Prince Francesco (b.1960), Princess Maria Carolina (b.1962), Prince Gennaro (b.1966), and Princess Annunziata (b.1973).

Prince Antonio is survived by his wife Princess Elisabeth, by their four children, and by seven grandchildren.

May The Prince Rest In Peace.

https://eurohistoryjournal.blogspot.com/p/subscribe-to-eurohistory.html
Posted by Seth B. Leonard at 1:10 PM