Today, Prince Nicholas of Romania announced the founding of the Asociatia Principele Nicolae (The Prince Nicolae Association), a nonprofit organisation that aims to continue the mission started by his ancestors, the kings and queens of Romania. The Prince Nicolae Association was formally registered with the Romanian government on 7 August 2019: it is based in Bucharest. Nicholas is the only son of Princess Helen of Romania, the second daughter of King Michael and Queen Anne of Romania, and of the late Dr. Robin Medforth-Mills. Princess Alina-Maria of Romania, a founding member of the Asociatia Principele Nicolae, will be active in this new charitable endeavour.

The following statement was issued about the Asociatia Principele Nicolae and its goals:

People are like trees: they have roots from which they are drawn into the family trees that they continue.

Through his association, Nicholas of Romania intends to continue the mission of his ancestors, kings and queens of Romania, along with Romanians with a desire for involvement for the country's future. Through the projects that the association will carry out, we want to influence the education of future generations through the power of the example.

Romania has a unique dowry in Europe (national parks, reservations, etc.), dowries that must be preserved and forwarded with great pride.

Inspired by the words of HM King Michael I, who said before Parliament:
"I do not see Romania today as an inheritance from our parents, but as a country borrowed from our children," we wish, through a broad national action, that Romania should be the country that sets the tone for a change in responsibility regarding future generations.

HISTORY OF ROYALTY IN SCHOOLS

What will we do?

We will organize a caravan through schools in the country where students will get in touch with the history of royalty in dialogue with Nicholas of Romania. New details and educational stories will be presented.

Children will be able to see and touch family objects, discovering many fascinating details that are not included in the textbooks.

THE FORESTS OF TOMORROW

Wild animals descend into cities due to lack of food and shelter, houses and streets are flooded due to landslides. It is time to bring solutions to the problem that is at the root of these negative effects - deforestation. As trees grow, they become a part of history, and the impact of these new seedlings will have a positive environmental impact in the areas in which they take root. 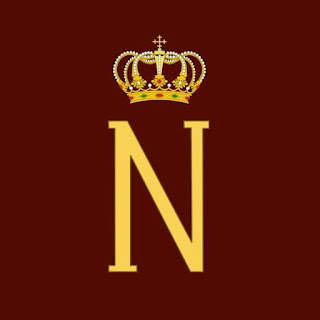 This new initiative of Nicholas of Romania will be an important way for the next generation of the Royal House of Romania, following in the paths of King Michael and Custodian of the Crown Margarita, the grandfather and uncle of Prince Nicholas, to contribute to the amelioration of social and environmental life in Romania. Twenty-nine years ago in 1990, the Custodian of the Crown established the Fundatia Principesa Margareta a României (Princess Margarita of Romania Foundation), driven by Princess Margarita's desire to make a substantial difference in Romania by involvement in "a wide variety of sustainable projects in the areas of education, community development, civil society, health and culture, projects which contributed to the spiritual and social renewal of Romania." It is clear that all active members of the Romanian royal family are quite in sync with their desire to serve their fellow citizens, especially through the charitable sector.

It is the desire of Nicholas and Alina-Maria of Romania to expand the goals and reach of the Asociatia Principele Nicolae. Over the coming years and decades, The Prince Nicolae Association will grow its operations and scope as the needs of the country diversify. As part of the eventual expansion of the foundation, Prince Nicholas and Princess Alina-Maria are dedicated to embarking upon the championing of specific causes that are close to their hearts. This will be done in a such a way that both Nicholas and Alina-Maria will have the ability to support initiatives about which they care deeply. With the passage of time, the royal couple is committed to adapting the projects of the Prince Nicolae Association to address the concerns of Romanians.

We wish the Association and its founders, Nicolae and Alina-Maria of Romania, the very best as they embark on this mission!

https://eurohistoryjournal.blogspot.com/p/subscribe-to-eurohistory.html
Posted by Seth B. Leonard at 9:31 PM