Henryane de Chaponay (1924-2019): Death of a Descendant of the French and Belgian Royal Houses 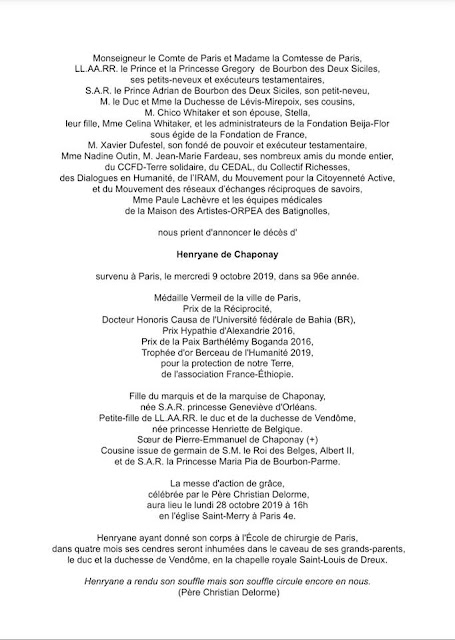 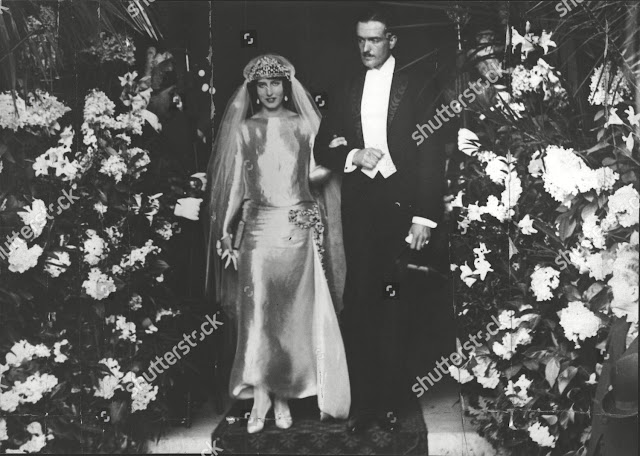 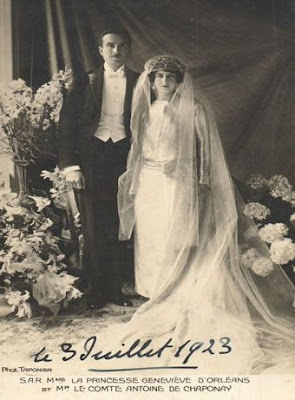 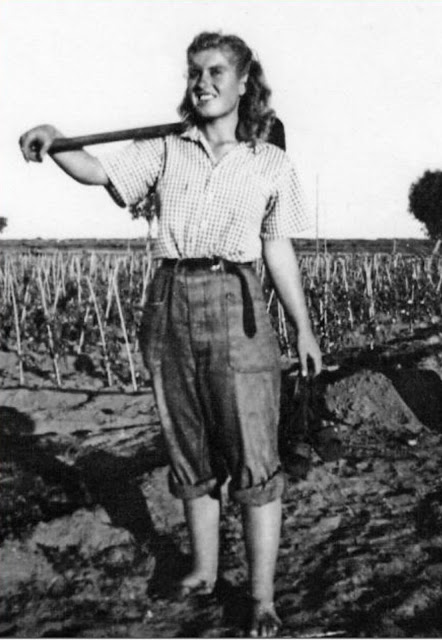 During their early years, Henryane and her brother Pierre were raised in Morocco. In 1941, due to the increasing threat of the war in Europe, Henryane and her brother Pierre were sent to live with their aunt Princess Marie Louise d'Orléans (1896-1973; ex-wife of Prince Filippo of Bourbon-Two Sicilies) and her second husband Mr Walter Kingsland (1888-1961) in Reading, Pennsylvania. Pierre de Chaponay soon joined the Allied forces, and he died in the Gulf of Mexico on 2 October 1943 while serving as a member of the French Naval Reserve with the Allied Forces.

Henryane de Chaponay never married. She became the founder of the Centre d’Étude du développement en Amérique latine (CEDAL). Henryane was a strong advocate of preserving the biodiversity of our planet; she was very in tune with the problems posed by climate change. In April 2018, Mme de Chaponay was received by His Holiness. The Holy Father delivered the following speech upon meeting Henryane:

I am glad to welcome you this morning, to greet you and to pay homage to your effort in the service of peace, the defence of human rights, the protection of our earth and support for the growth of a more human and fraternal society.

Madame, I appreciate your mission as the founder of the Centre d’Étude du développement en Amérique latine (CEDAL). Your tireless creativity has borne fruit through the “Dialogues en humanité”, whose meetings are intended to refocus politics on humanity, to construct a citizenship that cares for the “common home”. It is good to inspire an art of living together in simplicity, benevolence, fraternity, as well as to educate in the culture of respect and encounter, the only one capable of building a future that rises up to the ideal of man.

With the encyclical Laudato si’, with various messages, convoking the next Synod of Bishops on Amazonia, my hope is that our human history may become a flowering of liberation, growth, salvation and love (cf. Encyclical Laudato si’, 79). As I express to you all my appreciation for your generosity and your dedication, I assure you of my prayer and I bless you from the heart. 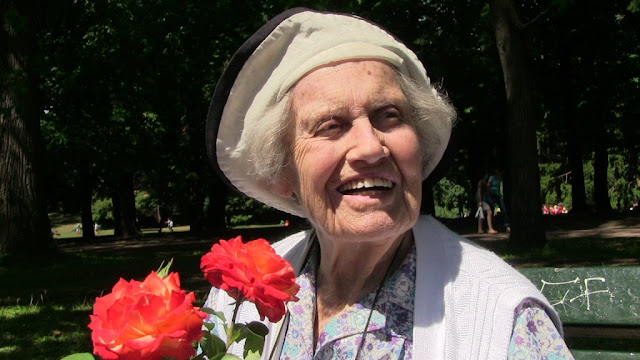 A mass for the repose of the soul of Madame Henryane de Chaponay will be held on 28 October at the Église Saint-Merri in Paris. She donated her body to the Surgical School in Paris. In four months, her remains will be interred with those of her grandparents, the Duke and Duchess of Vendôme, at the Royal Chapel of Dreux.

https://eurohistoryjournal.blogspot.com/p/subscribe-to-eurohistory.html
Posted by Seth B. Leonard at 4:17 AM