The Formerly Secret 1963 CIA Report On The Greek Royal Family 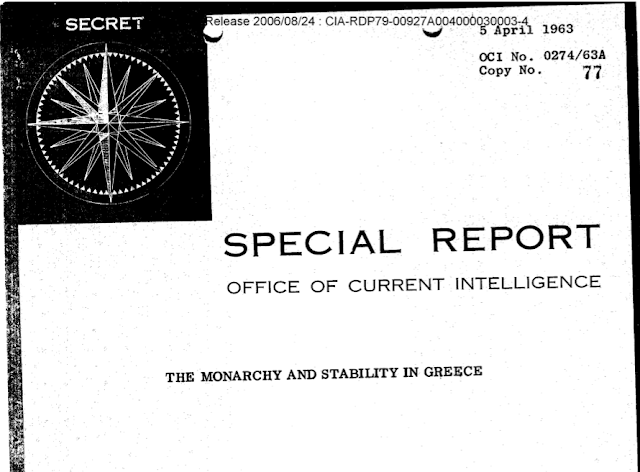 Over the decades, the Central Intelligence Agency of the United States has compiled many reports and dossiers on various royal families around the world. In 1963, the CIA was focused on the Royal Family of Greece: in particular, on King Paul, his wife Queen Frederica, and their son Crown Prince Constantine. The report, which is available at the link below, offers fascinating insight into how a foreign intelligence agency viewed the actions of these three key members of the Greek Royal Family, and how the royals' actions were consequential in the Greek political scene at the time.

Link: The Monarchy and Stability in Greece

https://eurohistoryjournal.blogspot.com/p/subscribe-to-eurohistory.html
Posted by Seth B. Leonard at 12:15 PM