Napoléon/Arco-Zinneberg Nuptials to Occur in October 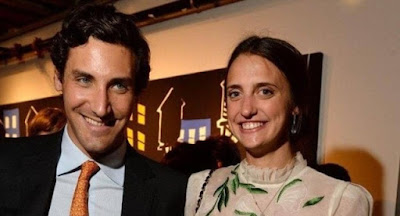 Jean Christophe, Prince Napoléon, stated in an interview with Le Figaro that he and Countess Olympia will tie the knot on 19 October. The groom-to-be's father, Prince Charles Napoléon, was born on 19 October 1950. Charles will thus celebrate his sixty-ninth birthday on the occasion of his only son's marriage.

On that day, the couple will celebrate their religious wedding at the Cathédrale Saint-Louis des Invalides in Paris.

Jean Christophe Napoléon and Olympia Arco-Zinneberg became engaged in January of this year.