The couple, who reside in NYC, are marrying religiously on May 25, 2019 @ 200pm. The Orthodox ceremony is taking place at the Church of St George in Oplenac, Topola, Serbia. This religious compound is of special meaning to the Karageorgevich dynasty, as it also serves as their last resting place. Prince Alexander (1924-2016), Prince Dushan's father, was buried in the grounds of Oplenac in 2016.

A formal dinner reception, to be held at the White Palace, Beli Dvor, Belgrade, will follow in the evening.

Much appreciation to Princess Barbara and Prince Dushan for the invitation, information, and photos. 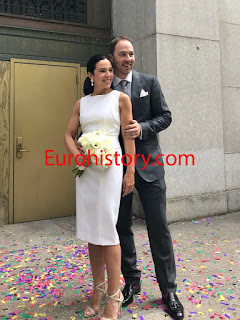 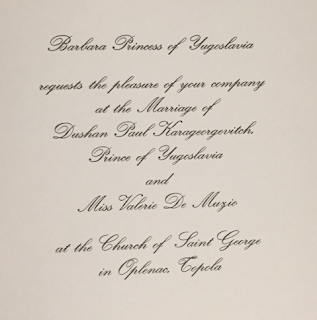 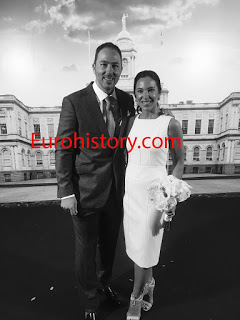 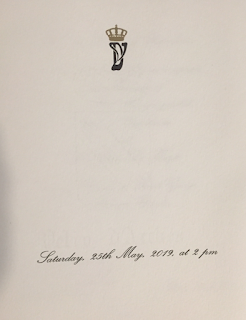 Posted by Arturo Beéche at 3:09 PM