Prince Dushan of Yugoslavia, only son of the late Prince Alexander and of his wife Barbara (née Liechtenstein) married civilly Ms. Valerie Demuzio. She works in marketing and advertising in NY.

Although currently residing in New York, Prince Dushan's career obligations bring him to Europe frequently. His mother, a longtime resident of Paris, relocated to Liechtenstein recently. Convalescing from a fracture, Princess Barbara was unable to be present at her son's civil wedding. Prince Dushan, however, was supported by his brother Prince Dimitri, a recognized jewelry designer based in NYC.

In 2015, Prince Dushan was transferred to NYC by the agency he worked at in Paris, He was tasked with expanding the business' presence in New York. It was while there that he met Valerie, as mentioned before, another marketing and advertising executive.

The couple, who have been together for three years, traveled to Europe last Christmas so Prince Dushan could introduce Valerie to his mother Princess Barbara, who now resides in Vaduz, Liechtenstein. 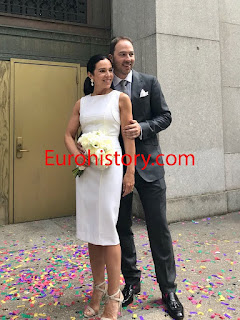 Above and below: Prince and Princess Dushan. 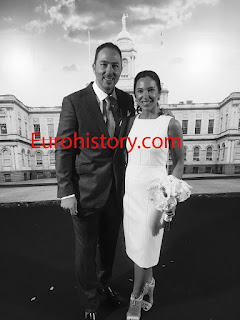 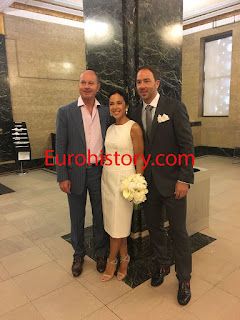 Prince Dimitri with his brother Dushan and sister-in-law Valerie 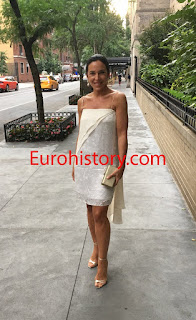 Posted by Arturo Beéche at 4:45 PM