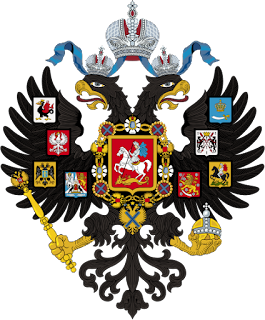 DEATH OF A ROMANOV PRINCE

“The coffin was lowered into the grave...... Soon there was a burial mound above. It was quickly covered with wreaths, flowers and crowned with a plain wooden cross. Prince Oleg’s promising life was finished.” (by Oleg’s brother Prince Gabriel in Memories of the Marble Palace p.261)

Death of a Romanov Prince follows the brief life-journey of Prince Oleg Konstantinovich, one of the lesser-known members of the powerful and privileged Russian Imperial family. He was a talented young man of intellectual and artistic genius. Oleg was the gifted son of the talented Grand Duke Konstantin Konstantinovich, who wrote under the pseudonym of KR. The Grand Duke was a friend of Tchaikovsky, who set his numerous poems to music, and who established literary circles for his troops, translated Hamlet into Russian, and wrote The King of the Jews, an original play that he and his sons performed.

The reader will follow Prince Oleg Konstantinovich, his family, and Imperial cousins, as his life takes him via the luxuries of the family’s four magnificent palaces of Pavlovsk, in Tsarskoye Selo, the Marble Palace in St Petersburg, the Konstantine Palace at Strelna; and the Ostashevo Estate near Moscow; as well as numerous holidays in the Crimea.

The young prince enjoyed the most liberal program in literary, scientific, and artistic education. He was the first Romanov to be enrolled in a civilian school and graduated from the Imperial Lyceum in St Petersburg, where in 1913 he won the Pushkin Medal for his academic achievements. At the age of 21, Prince Oleg Konstantinovich was on the crest of a brilliant career and personal greatness when World War I began. Then tragedy struck ...

Oleg Konstantinovich shares with us via his diaries the brutality of war. Just six weeks into the war, he was shot and fatally wounded. He died at a hospital in Vilnius three days later. However, it is what happens to his remains after the death of this Romanov prince that is so shocking. 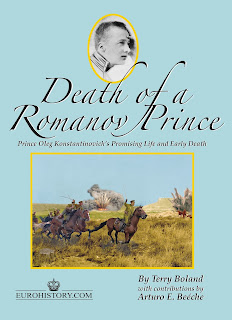 The author: Terry Boland is a retired teacher of Russian history in a number of independent schools in Melbourne, Australia. He has travelled regularly and extensively throughout Russia for the past 30 years, including a three-day visit to Ekaterinburg spent with David Avdonin, who discovered the Imperial remains in 1979. His visits to St Petersburg and Moscow are on an annual basis, and he is familiar with all the sites mentioned in this text. His passion for all things relevant to the Romanov dynasty knows no bounds. Death of a Romanov Prince is Terry’s first publication.

We expect that the book to be sold at our regular venues: Hoogstraten.nl, Librairie Galignani, AMAZON.co.uk, and MAJESTY!

You can also order the book directly from Eurohistory by calling us at: 510-236-1730 or emailing us at: aebeeche@mac.com or eurohistory@comcast.net

Posted by Arturo Beéche at 9:32 PM