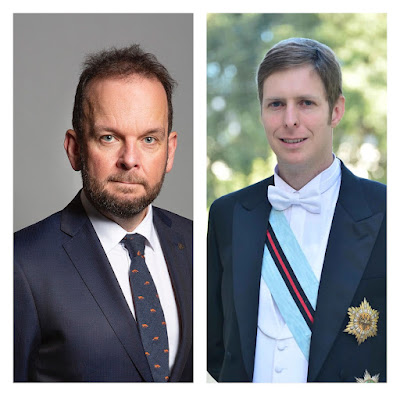 On Monday, 31 October, James Daly, Conservative MP for Bury North, addressed the following question on the floor of the House of Commons to Home Secretary Suella Braverman:

"Mr Deputy Speaker, so far this year, 12,000 Albanians have entered the United Kingdom through small boat crossings of the Channel. 10,000 of those are adult single males. As Cmdr Dan O’Mahoney told the Home Affairs Select Committee, the main driver of that activity is the strength of organized Albanian criminal gangs in the North of France, and the transfer of that behavior to the United Kingdom, to get there with the determination for people to work on the black market. There is no reason for these people to be here. We should follow the route of other European countries and insure they are returned immediately to Albania."

"Disproportionate slander is purely xenophobic. The UK has a population of 67 million, with 6 million emigrants. 12 thousand Albanians is not an invasion. The failings of British law enforcement is not our responsibility. A vast number of Albanians coming to the UK are from the EU and not Albania. Stop demonizing us for your own internal political benefits!"

Source: Twitter
The British Home Secretary (who resigned recently under Prime Minister Truss and was reappointed by Prime Minister Sunak) has apparently made targeting Albanian refugees to the United Kingdom one of her issues of focus.
As part of his education, Crown Prince Leka attended the Royal Military Academy Sandhurst, and graduated from that institution in 2005. The crown prince has served as an advisor the the Albanian Ministries of Foreign Affairs and of the Interior, as well as an advisor to the President. Among the guests at his wedding in 2016 were Prince and Princess Michael of Kent; Princess Michael of Kent is a cousin of the prince through his late grandmother, Queen Geraldine. Crown Prince Leka lives in Tirana with his wife, Crown Princess Elia, and their daughter Princess Geraldine.
Source:
Why Suella Braverman Is Targeting Albanian Migrants Coming To The UK
Posted by Seth B. Leonard at 7:00 AM