In 1968, Marion first met Prince Thibaut d'Orléans, the youngest child of Prince Henri and Princess Isabelle, Count and Countess of Paris. At the time, Marion was working as an interpreter in Paris for an American firm.

On 23 September 1972 at Edinburgh, Marion Gordon-Orr, aged thirty, married Prince Thibaut, aged twenty-four. The royal couple celebrated their religious marriage at the private chapel of Cardinal Gray, Archbishop of St Andrews and Edinburgh. At the time, their union was not pleasing to the groom's father, and the Count of Paris forbade all family members from attending the wedding. Thibaut's sister Princess Claude, then still Duchess of Aosta, was his only sibling to go against the wishes of the Orléans patriarch, and she was present to celebrate Thibaut and Marion's nuptials. 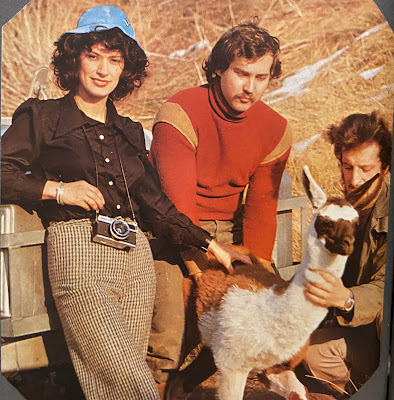 During their marriage, Thibaut and Marion travelled widely. They visited Peru, Colombia, and Chile, where Marion was born. In Marion, Thibaut found a soul who shared his love of the discovery of lesser-known peoples and their cultures. Between 1973 and 1974, the couple wrote six books in the Les Princes du sang series; these books detailed the fate of a fictional German princely family. The first of these books was published in English under the title A Castle in Bavaria.

Prince Thibaut and Princess Marion had two children, both sons and both born while Thibaut and Marion were staying with her mother in Edinburgh. Prince Robert d'Orléans arrived on 6 September 1976; Robert's godparents are Viscount Paul de La Panouse, one of his parents' dearest friends, as well as his aunt Princess Claude, Duchess of Aosta. Robert's birth led to a reconciliation between his father Thibaut and his grandfather Henri. Three years later, the family was completed by the birth of Louis-Philippe on 18 April 1979; his godparents were Count Charles of Bourbon-Busset and the infant's grandmother Madame the Countess of Paris. Tragically, eight-month-old Louis-Philippe died on 2 January 1980 from sepsis. The sudden and unexpected loss of Louis-Philippe, coupled with the brutally insensitive decision of his grandfather the Count of Paris that the young child could not be buried in the Chapel Royal of Dreux as he was not a dynast, was a blow to Thibaut and Marion.

In the months following his son's funeral, Thibaut d'Orléans was imprisoned for eighteen months for complicity in the theft of works of art. The case caused a stir and the problems of the Count and Countess of La Marche made the way to the front page of many French newspapers. Thibaut was tied with an attempt to steal works of art by Suzanne Courty.

After his release from prison, the Count of la Marche left France to organise safaris for tourists in the Central African Republic. Marion and their son Robert remained in France. On 23 March 1983, Prince Thibaut died at hospital in Bangui, in circumstances that have been considered by some to be mysterious. The prince was thirty-five years-old when he died. Thibaut's funeral was attended by most of the Royal Family of France; even the separated Count and Countess of Clermont and divorced Princess Claude and Prince Amedeo, Duke of Aosta, came together to support Marion and her son Robert.

After the death of her husband, Princess Marion focused on the upbringing of their only surviving son, Robert. In 1999, after her brother-in-law Prince Henri succeeded as Head of the Royal House of France, Henri retroactively recognised Thibaut and Marion's marriage and, in doing so, Henri declared that their son Robert is a dynastic member of the royal house. Princess Marion lives discretely and quietly; however, on occasion, one can still spot her attending Orléans family functions.

May Princess Marion be blessed with a very happy birthday!