Today, on 15 July 2022 at São Paulo, Prince Luiz of Orleans-Bragança died after a month-long stay in hospital.  He was eighty-four years-old. The prince was the Head of the Imperial House of Brazil for forty-one years.

Prince Luíz Gastão Maria José Pio of Orleans-Bragança was born on 6 June 1938 at Mandelieu, France. Luiz was the first son and eldest child of Prince Pedro Henrique of Brazil (1909-1981) and Princess Maria Elisabeth of Bavaria (1914-2011), who married in 1937. Born during the exile of the Imperial Family, Prince Luiz was registered at the Consulate General of Brazil in Paris as a Brazilian citizen, fulfilling the mandate of the Imperial Constitution, thus guaranteeing his rights to the Throne and the Crown of Brazil. The godparents of Prince Luiz were his uncle, Prince Ludwig of Bavaria (1913-2008), and his paternal grandmother, the Dowager Princess Imperial Maria Pia of Brazil (born Princess of the Two Sicilies; 1878-1973). 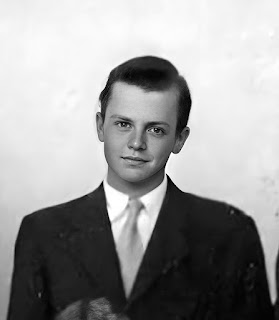 With the end of the World War II in May 1945, the Brazilian Imperial Family was able to return to their homeland. They lived in Rio de Janeiro and Petrópolis until, in 1951, they moved to the Northern of the State of Paraná, then the great agricultural frontier of Brazil, where they lived at the Fazenda São José, in Jacarezinho, and, from 1957 onwards, at the Fazenda Santa Maria, in Jundiaí do Sul.


Prince Luiz studied at the Colégio Coração Eucarístico and Santo Inácio, in Rio de Janeiro, and at Colégio Cristo Rei, in Jacarezinho. The prince then went to Europe, where he studied Political and Social Sciences at the University of Paris and Chemistry and Physics at the University of Munich. Luiz graduated with a degree in chemical engineering. He returned to Brazil in 1967, settling in São Paulo and taking over the direction of his father's Secretariat, which at that time was located at Sítio Santa Maria, in Vassouras.

Prince Luiz was a first cousin of Archduke Leopold Franz of Austria, Head of the Grand Ducal House of Tuscany, and of Princess Gisela of Bavaria, Margravine of Meißen and wife of Prince Alexander, Head of the Royal House of Saxony.

Aged seventy-one, Prince Pedro Henrique of Orleans-Bragança died on 5 July 1981. Prince Luiz, his eldest son and dynastic heir, then became Head of the Imperial House. On 13 May 2011, Princess Maria Elisabeth, aged ninety-six, died. Prince Luiz, who never married, was always strongly attached to the memory of his parents.

One of the prince's hobbies was reading, especially on historical and sociological subjects, in addition to staying up-to-date on everything relevant happening in Brazil and around the world. In his youth, Luiz practiced riding and hunting. In later years, he resumed his passion for photography, revealing himself to be heir to the artistic vein of both sides of his family. Prince Luiz was particularly fond of classical music, with a special predilection for the works of Brazilian composers of the Baroque school.