On 1 March 1902 in Salt Lake City, Utah, Lawton Filer was born as the only daughter and child of Walter George Filer (1870-1943), a mining engineer, and his wife Esther Freed (1878-1967). The Filers moved to California shortly after the birth of their daughter. Lawton Filer was educated at Miss Shimm's in San Mateo and went on to attend Miss Spence's finishing school in New York City.

In 1916, Goodwin's Weekly of Salt Lake City (Volume 27, 17 June 1916, p.9) contained this entry: "After passing the winter in this state for several years, Mr. and Mrs. Walter Filer have come to the conclusion that California is the ideal place, and to prove it, they have purchased the George A. Newell residence on the Newell estate near Burlingame. Mr. and Mrs. Filer are selecting the furnishings of their home, and expect to move in early in the autumn. The Filers have one child, Miss Lawton Filer, a beautiful young girl, who will be a debutante of several seasons hence." The Filers became members of the San Francisco social set. Mrs. Filer and Miss Lawton Filer went off on weekends to Lake Tahoe, attended fancy dress balls in the city, and mingled with other well-to-do San Francisco names over dinners at the St. Francis Hotel in Union Square. In August 1918, Esther Filer hosted a dance for her daughter and friends at La Cumbre County Club in Santa Barbara. In 1921, Lawton Filer took her place as a debutante of the season. In October 1924, Lawton Filer was a bridesmaid at the wedding of James Athearn Folger III (of Folgers Coffee) and Jane Carrigan which took place at St. Mary's Cathedral on California and Grant.

Lawton and Degenhard's romance must have been a whirlwind. A month after their engagement, the couple were married in Paris on 15 May 1926. They divided their time between the Wurmbrand estate in Vienna and the family's apartment in Paris. The count and countess traveled to New York City in December 1926 in order to spend the Christmas holidays with Mr. and Mrs. Filer. The Wurmbrand pair settled in New York City in January 1927. On 11 April 1927 in the Big Apple, Lawton gave birth to Countess Leonora "Lori" Huberta Maria von Wurmbrand-Stuppach, who would be Lawton and Degenhard's only child. In September 1927, Degenhard and Lawton spent a spell in Burgliname, where they were hosted by the Filers and entertained by the family's friends. In January 1931, the Wurmbrand-Stuppachs moved to San Francisco with their daughter.

On 10 December 1935, Count Degenhard and Countess Lawton von Wurmbrand-Stuppach were divorced in Reno, Nevada. Custody of their eight year-old daughter Leonora and property rights were settled out of court. Lawton Filer von Wurmbrand-Stuppach married San Francisco banker Herbert J. Fleishhacker Jr. (1907-1968) on 20 March 1936 in the Filer residence at Burlingame. The bride carried an orchid bouquet and wore "pale shell pink lace and chiffon" in a "filmy creation with a full skirt and cape sleeves." The groom was a Stanford graduate who stood 6 feet 4 inches tall. Superior Judge Timothy Fitzpatrick performed the service at high noon, which was followed by a wedding breakfast. Afterwards, the newlyweds motored to Palm Springs for their honeymoon. After returning to the city, they took up an apartment on Green Street.

On 3 April 1943, Walter G. Filer passed away in San Mateo. Having became a successful businessman, Mr. Filer left 1/2 of his assets to his widow; the other half of the estate went to his only child Lawton. Lawton Filer Wurmbrand Fleishhacker's mother Esther Freed Filer died on 13 July 1967. The estate of Mrs. Filer was worth $2.5 million at the time. Esther bequeathed 1/3 of her assets to her granddaughter Leonora as well as Leonora's three children: Therese, Paul, and Albert. The remainder went to Esther's daughter Lawton.

Lawton's only child Countess Lori von Wurmbrand-Stuppach wed Robert "Bob" Folger Miller on 9 August 1947 at St. Catherine's Church in Burlingame. Lori had attended Vassar and studied at Radcliffe College. Bob was the son of Robert Watt Miller (1899-1970) and Elizabeth Jane Folger (1898-1994). After their marriage, Lori and Bob Miller lived in Boston, where Bob was completing his studies at Harvard University. The couple had three children: Therese Marie Miller (b.1949), Paul Michael Miller (b.1950), and Albert "Albie" Watt Miller (1951-1974). In 1963, the Millers moved to Europe; their daughter Therese was enrolled in a French school and their sons attended a Swiss school. Alas, all was not well in the Miller marriage. In October 1964, the Robert Folger Millers were divorced; Lori charged Bob with extreme mental cruelty. The couple shared joint custody of their three children.

Lori Wurmbrand-Stuppach Miller was not to remain single for long. On 21 December 1965, she married Thomas-Alfred "Tommy" Wertheimer Edler von Wertheimstein at the Chelsea Registrar's Office in London. The couple's witnesses were Lord Ashcombe and Kelpie Buchanan. Lori's ex-husband Bob Miller had remarried the month prior, in November 1965, to family friend Maryon McGuire Funsten in Carson City. Lori and Tommy Wertheimer honeymooned at Gstaad; Bob and Maryon Miller were vacationing on the Swiss Alps at the same time with Lori and Bob's three children.

A year after her mother's death, Lawton was widowed when her husband Herbert Fleishhacker Jr. died on 18 December 1968. Herbert suffered a heart attack while duck hunting near Maryville, California. Mr. Fleishhacker had an immensely successful business career; he had risen to become the vice president of Crocker-Anglo National Bank. From the San Francisco apartment in which he and Lawton had begun married life, the couple had went on to residence in a mansion at 15 Woodgate Court in Hillsborough. The Fleishhackers also maintained a home in Oregon, where they indulged in their mutual love of fishing. Herbert and Lawton frequently flew to Alaska, where Herbert was able to enjoy his passion for big game hunting. Lawton and Herbert did not have children. 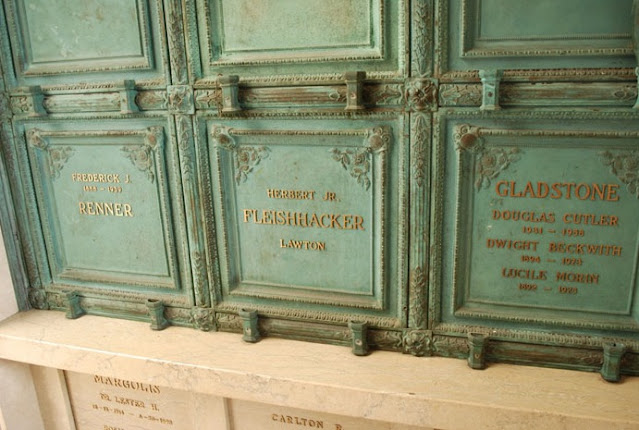 Aged ninety-six, Mrs. Lawton Filer Wurmbrand Fleishhacker died on 30 December 1998 in Hillsborough, California. She was laid to rest beside her husband Herbert at Cypress Lawn Memorial Park in Colma.