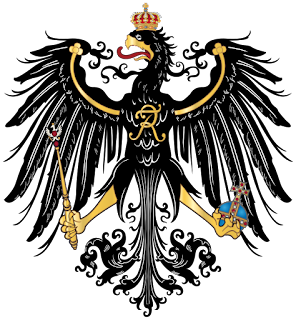 Born on 3 October 1984, Alexander Friedrich Wilhelm Victor Marcus Prinz von Preußen is the eldest of the three sons of Prince Adalbert of Prussia (b.1948) and Eva Maria Kudicke (b.1951). Adalbert and Eva Maria married in 1981. Their three sons are Alexander and the twins Christian and Philipp (b.1986). Alex von Preußen is a Senior Director at Holtzbrinck Digital in Munich. In 2006, the prince graduated from Bocconi University, where he studied international economics. He then went on to receive his masters in International Business from Maastricht University in 2009.
Born on 15 December 1985, Jenny Charlotte von Rumohr is the elder of the two daughters of Joachim von Rumohr (b.1950) and Baroness Amélie von Holzing-Berstett (b.1959). Joachim and Amélie married in 1983. The couple's daughters are Jenny and Elena (b.1987). Jenny von Rumohr is the Head of the Migration Office for Bavaria and Thuringia at the nonprofit organisation Malteser Deutschland GmbH. She received a bachelors in European studies from Maastricht University in 2008. Jenny then went on to receive her masters in International Peace and Security from King's College London.
Alex von Preußen and Jenny von Rumohr are very distantly related: the couple are tenth cousins, to be exact. Alex and Jenny both descend from Margrave Friedrich VII Magnus of Baden-Durlach (1647-1709) and Princess Augusta Maria of Schleswig-Holstein-Gottorp (1649-1728). Alex von Preußen is a descendant of Friedrich and Augusta's daughter Margravine Katharina of Baden-Durlach (1677-1746), who married Count Johann Friedrich von Leiningen (1661-1722). Jenny von Rumohr is a descendant of Friedrich and Augusta's son Margrave Karl III Wilhelm of Baden-Durlach (1679-1738), who married Duchess Magdalene Wilhelmine of Württemberg (1677-1742).
______________
For further news and articles about Europe's imperial, royal, and noble families, join Eurohistory:
Subscribe to the European Royal History Journal!
Posted by Seth B. Leonard at 6:30 AM